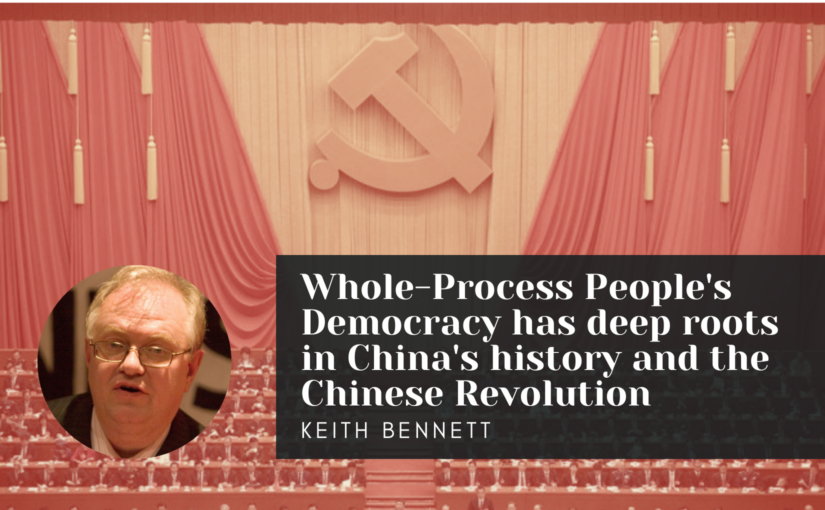 Friends of Socialist China were honored to be invited to speak at a March 22 webinar organised by our friends in the Pakistan China Institute under the banner of Friends of Silk Road. The webinar, entitled Whole-Process People’s Democracy: Understanding the Chinese System, used this concept of President Xi Jinping’s to explore various aspects of China’s unique form of socialist democracy. It was chaired by Senator Mushahid Hussain Sayed, who chairs both the Defense Committee in the Pakistan Senate as well as the Pakistan China Institute, and who is also a member of the Friends of Socialist China advisory group.

Opening the event, Senator Hussain noted that it coincided with Chinese Foreign Minister Wang Yi’s speech as a special guest at the ministerial meeting of the 57-member Organisation for Islamic Cooperation (OIC), also being held in Islamabad. A highlight of Minister Wang’s South Asian tour, this historic first, Senator Hussain noted, represented the close camaraderie and support to Muslim countries and Muslim causes, such as Kashmir and Palestine, on the part of China.

Joining our co-editor Keith Bennett as speakers were HE Ambassador Masood Khalid, Pakistan’s former Ambassador to China; Group Captain Sultan M. Hali, author of four books on China; Zoon Ahmed Khan, a research fellow at the Center for China and Globalisation in Beijing; and Raza Naeem, President of the Progressive Writers Association in Lahore.

The webinar was reported in Pakistan’s leading English-language daily newspapers, Dawn and The News.

The full webinar is embedded below, followed by Keith Bennett’s speech.