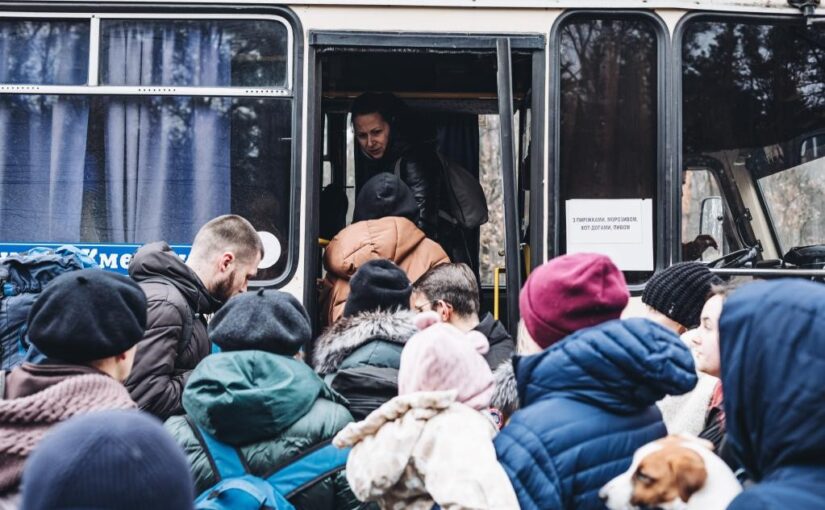 In this hard-hitting piece, originally carried on China’s People’s Daily Online, Wu Chaolan exposes the racist double standards inherent in the West’s attitude to conflict in Ukraine compared to those in Iraq, Afghanistan and elsewhere.

The ongoing Russia-Ukraine conflict has garnered widespread attention across the globe. The wall-to-wall coverage and outpouring of reactions to the Russia-Ukraine conflict from the West has raised eyebrows at its double standard toward other humanitarian crises, which has unsheathed flagrant racist and biased attitudes toward the value of non-white lives that also matter.

CBS News senior correspondent in Kyiv Charlie D’Agata, for instance, has faced a widespread backlash due to his discriminatory comments on the Ukraine crisis: “This isn’t a place, with all due respect, like Iraq or Afghanistan that has seen conflict raging for decades. This is a relatively civilized, relatively European – I have to choose those words carefully, too – city where you wouldn’t expect that, or hope that it’s going to happen,” he said.

The seasoned correspondent was forced to apologize later, saying he spoke “in a way I regret.” However, his remarks are not part of an isolated incident. Ukraine’s former deputy general prosecutor David Sakvarelidze spoke to the BBC, suggesting that it is harder for him to watch white people fleeing the conflict.

“It’s very emotional for me because I see European people with blue eyes and blonde hair being killed,” Sakvarelidze said. The BBC presenter responded: “I understand and of course respect the emotion.”

Likewise, a visibly emotional ITV News correspondent Lucy Watson proclaimed: “Now the unthinkable has happened to them, and this is not a developing, Third World nation; this is Europe,” as if victims from the world’s other humanitarian crises had naturally been inclined to expect to wake up to a devastating war.

One French commentator on BFM TV, France’s most-watched cable news channel, also came under fire, implying that it’s much more conceivable to have attacks in other regions of the world. “We are in a European city and we have cruise missile fire as though we were in Iraq or Afghanistan, can you imagine,” he said.

Coverage on the Russia-Ukraine conflict has veered into a troubling tone on race and the international status of migrants. Journalists report on the conflict in shock as if bloodshed was the exclusive purview of non-white communities. Such attitudes are strewn across the West and have underlined the Western side’s ingrained double standard – namely, valuing white lives over those dying in conflicts outside Europe.

Ukraine’s refugee crisis has revealed the West’s double standards even more clearly. Whopping numbers of people have fled Ukraine, and they are being welcomed as refugees should be by countries across Europe that previously closed their doors to others.

“[Afghan people] must be wondering what makes their humanitarian crisis so unimportant. Is it the color of their skin? Is it that they are not white? They’re not European? That their problems come from a U.S. gun or a U.S. invasion,” Irish Member of the European Parliament, Clare Daly questioned, denouncing Western countries for treating other humanitarian crises much more lightly compared to the Ukraine crisis.

CNN political correspondent Julia Ioffe made a horrific comparison between Syria and Ukraine in a clip circulating on social media, which displays the most egregious ramifications of the West’s dehumanization of the Middle East. “It’s one thing for sarin gas to be used on people far away Syria who are Muslim and who are of a different culture but what is Europe going to do when it’s used on European soil on Europeans,” she said, suggesting people from the Middle East are inferior to Europeans and that it is somehow acceptable for them to be killed.

The vastly different treatment received by Ukrainians and those of Middle Eastern nationalities on the part of Western countries, in addition to the casual racism displayed in Western coverage of the Ukraine crisis, has laid bare Western biases, prejudices and double standards, which should be of no surprise. In fact, no life is worth more than another. So until Western countries do away with its racist double standard and treat humanitarian crises with equal weight, it simply has “no credibility,” just as Daly opined with great gusto in front of the cameras of Western media.