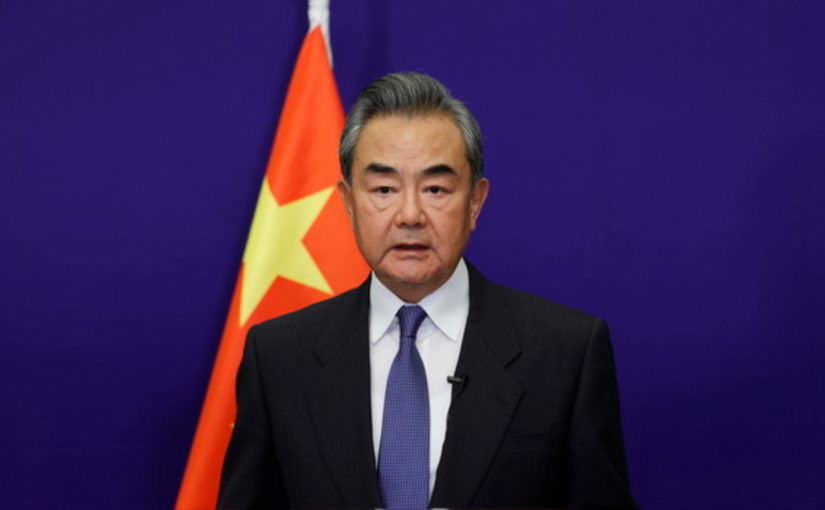 China’s proposal for a Global Development Initiative (GDI) has made considerable progress since it was proposed by President Xi Jinping at the meeting of the United Nations General Assembly in September 2021. Thirty-five countries joined China to formally launch the Group of Friends of the GDI on January 20th. Addressing a High-Level Virtual Meeting of the Group on May 9th, Foreign Minister Wang Yi was able to report that so far more than 100 countries have expressed support for the initiative and 53 have joined the Group of Friends. He put forward four key areas where all parties could work together to deliver concrete results, namely: re-energising global cooperation on the 2030 Global Agenda; creating a favourable environment to accelerate global development; fostering an equal and balanced global development partnership; enabling the UN system to play the central and guiding role.

China, the Foreign Minister continued, would enhance consultation and hold a future high-level meeting to promote global development; increase input into development along with support for South-South cooperation; establish a pool of shared projects, to which proposals would be welcome; and prepare a Global Development Report to promote international exchanges based on respecting countries’ explorations of their own development paths.

The following report of Wang Yi’s speech was originally carried on the website of China’s Ministry of Foreign Affairs.

On May 9, 2022, State Councilor and Foreign Minister Wang Yi attended and addressed the opening ceremony of the High-Level Virtual Meeting of the Group of Friends of the Global Development Initiative (GDI) in Beijing via video link.

Wang Yi said, we meet at a time when the world is beset by global changes and a pandemic both unseen in a century. World economic recovery is facing headwinds. North-South gap keeps widening. Development cooperation is losing steam. And the implementation of the 2030 Agenda for Sustainable Development is facing unprecedented challenges. Last September, President Xi Jinping proposed the GDI at the UN General Assembly. The purpose is to galvanize worldwide attention to development, strengthen global development partnership, promote international development cooperation, and lend fresh impetus to the realization of the 2030 SDGs.

Wang Yi said that since the very beginning, the GDI has been warmly received by the international community. More than 100 countries expressed support, and as many as 53 countries have joined the Group of Friends. This fully shows that the GDI responds to the call of the times, meets the needs of various countries, and reflects the trend of the world as well as the aspiration of the people. The GDI is committed to building political consensus on accelerating development, building a common platform for development cooperation, promoting exchanges and mutual learning of development experience, and enhancing international synergy for coordinated development. China proposes that all parties work together in four key areas for the GDI to deliver concrete results.

First, re-energizing global cooperation on the 2030 Agenda. Implementation of the Agenda should continue to be a priority on the international cooperation agenda. All parties must honor their pledges and realize the 17 SDGs on schedule. We must oppose the politicization and marginalization of the development issue, continue to focus on the key areas most important to developing countries, and redouble our efforts to raise living standards across the world.

Second, creating a favorable environment to accelerate global development. We need to improve the global governance system at a faster pace, increase the representation and voice of emerging markets and developing countries, and build an open world economy. It is important to uphold the right of people of all countries to choose their own development paths, and oppose interference in other countries’ internal affairs and unilateral sanctions without basis in international law.

Fourth, enabling the UN system to play the central and guiding role. We support the United Nations as the main coordinator in the implementation of the 2030 Agenda. We support the UN Secretary-General in making development a priority, mobilizing UN development agencies, and implementing the GDI to help achieve the SDGs. It is therefore necessary for the United Nations to advance institution-building for enhanced coordination.

Wang Yi stressed that China is a champion for global development, and more important, China is a practitioner of development cooperation. As the largest developing country, we always stand with other developing countries. We always commit ourselves to turning China’s growth into opportunities for the world. And we always take real actions to build a community with a shared future for mankind. Over the past five decades, China has implemented several thousand complete projects and in-kind assistance programs, over 10,000 capacity building projects, and provided more than 400,000 training opportunities, benefiting over 160 fellow developing countries. This has strongly contributed to the global development cause. Going forward, China will take a host of practical measures to implement the GDI put forward by President Xi Jinping at an early date, and make new contribution to the global development cause.

First, China will enhance consultation with other emerging markets and developing countries, and hold a high-level meeting on global development at a proper time to discuss ways to promote development. Second, China will increase input in development, and further ramp up support for the South-South Cooperation Assistance Fund and China-UN Peace and Development Fund. Third, China will establish a pool of GDI projects to be participated by all parties. UN agencies and members of the Group of Friends are welcome to put forward project proposals. Fourth, China will release a Global Development Report in due time to promote international exchanges and sharing of development knowledge, and support countries in exploring development paths suited to their national realities.