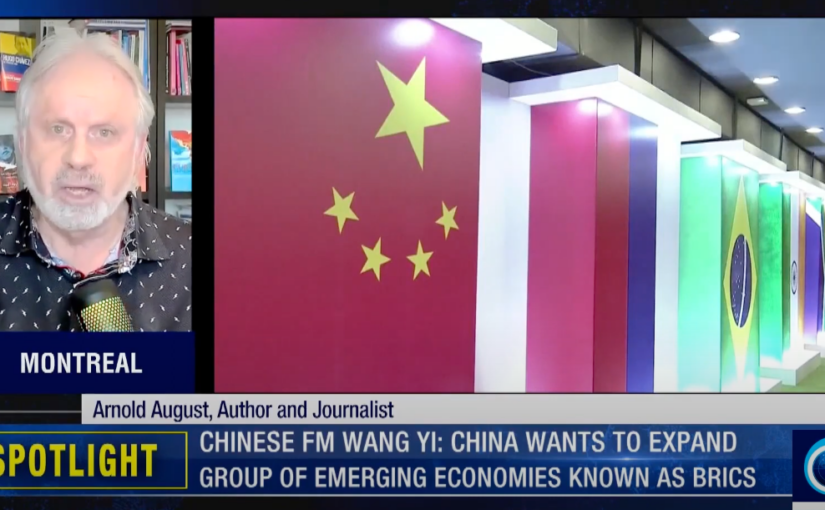 We are pleased to reproduce extracts from the May 21st edition of the Spotlight programme of Iran’s Press TV, in which Canadian activist and political analyst, focused on Latin America and China, Arnold August assesses the significance of the May 19th virtual meeting of the foreign ministers of the BRICS powers (Brazil, Russia, India, China and South Africa) which backed a Chinese proposal to expand the group’s membership to other emerging economies and developing countries. This will be the first such expansion since South Africa joined the original group in December 2010. August outlines the significance of this move, specifically in terms of building opposition to the new cold war and promoting multipolarity. He also contrasts this inclusive approach to the US moves to exclude such countries as Cuba, Venezuela and Nicaragua from the proposed Summit of the Americas scheduled for next month.

One thought on “Arnold August: BRICS expansion in the context of rising multipolarity”