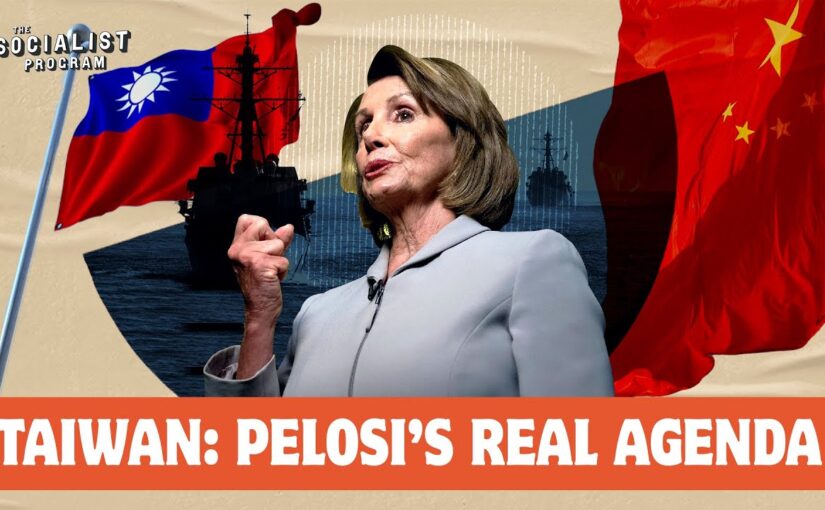 In this detailed discussion on BreakThrough News, Brian Becker and Ken Hammond discuss the historic significance of Nancy Pelosi’s recent visit to China’s Taiwan. Dismissing the comments by President Biden and Antony Blinken that Pelosi was visiting in some sort of unofficial capacity, they point out that Pelosi herself described the visit as a “bipartisan Congressional delegation”. The trip simply could not have taken place without the tacit blessing of the ruling cirles in the US. As such it is clearly meant to send a message of support to separatist forces in Taiwan, to provoke a response from China, and to mark an escalation in the ongoing US-led hybrid warfare aimed at containing and encircling the People’s Republic of China and rolling back the Chinese Revolution.

Brian and Ken powerfully debunk the notion that the US interest in relation to Taiwan has anything to do with “protecting democracy”. After all, the US gave its enthusiastic military, economic and diplomatic support to the military dictatorship led by Chiang Kai-shek from 1949 onwards – including manipulating the UN such that China was represented on the Security Council and the General Assembly by the Taipei regime. Martial law in Taiwan was only lifted in 1987 – eight years after the signing of the Taiwan Relations Act by the Carter administration.

The discussants make another crucial point: China has not changed its position regarding Taiwan; there has been no increase in aggressive rhetoric or activity on the Chinese side. The Chinese position has been clear and consistent: the issue of reunification is an internal matter that will be settled by Chinese people on both sides of the Taiwan Strait; that reunification is necessary and inevitable; and that it should be achieved preferably via peaceful means. It is the US and its separatist proxies in Taipei that are engaged in bellicose rhetoric and behavior, that are trying to justify an expanding US military presence in the region in order to further the US’s long-term strategy of containing China and suppressing its rise.