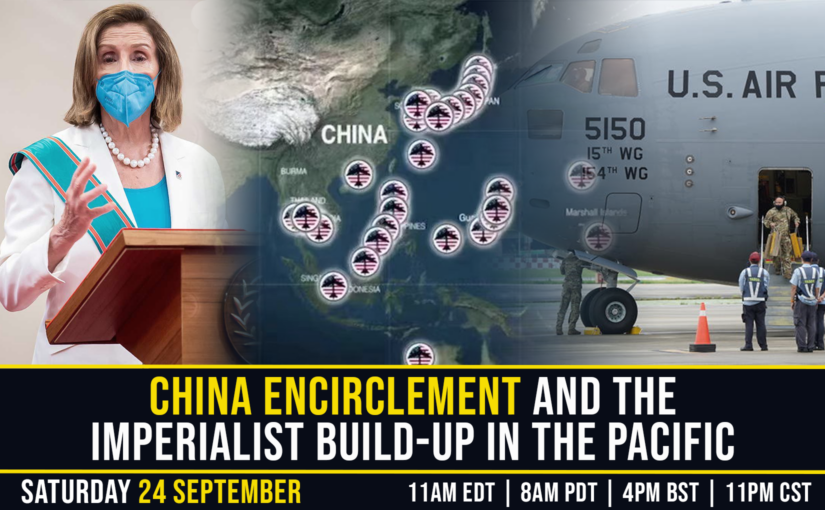 This event will address the rising aggression of the US and its allies in the Pacific region. We will discuss the Biden administration’s increased support for Taiwanese separatism; Western power projection in the South China Sea and the Taiwan Straits; the hysteria surrounding China’s security agreement with the Solomon Islands; the AUKUS nuclear pact; developments in Korea and Japan; and more.

Please register and spread the word!

One thought on “Webinar: China encirclement and the imperialist build-up in the Pacific”