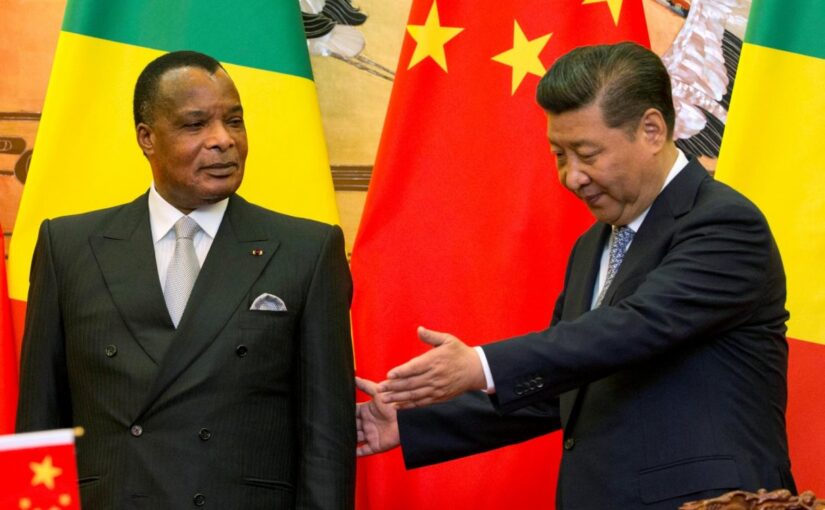 The below article, which we republish from the Xinhua News Agency, details how the Republic of Congo stepped forward to rebuild a primary school in a Tibetan autonomous area of China’s Qinghai province after the region was hit by a devastating earthquake in 2010. This touching story highlights the fact that the Republic of Congo (capital Brazzaville) is one of China’s long-standing special friends in Africa. This close friendship dates above all to the presidency of the late Marien Ngoubai, who served as head of state, 1969-1977, in which time he made a serious attempt to build a socialist state and founded the Congolese Labour Party (PTC). A major landmark in this regard was his 1973 visit to China, (North) Vietnam and the DPRK. For his part, President Xi Jinping took Congo as the final stop of his first overseas visit as head of state, in March 2013, which saw him first visit Russia, Tanzania and South Africa, where he also attended a BRICS Summit. The PTC, which is still the ruling party in Congo, was among the participants in last month’s world forum of Marxist parties hosted by the CPC.

For Basile Ikouebe, former foreign minister of the Republic of the Congo, the day when he inaugurated a Congo-aided school on China’s Qinghai-Tibet Plateau 10 years ago remains fresh in his memory.

As locals were struggling to rebuild their homes, Congo, a country on the other side of the world, decided to reach out. When attending the Shanghai World Expo in 2010, Congolese President Denis Sassou Nguesso announced that the country would help rebuild a primary school in the quake-hit area.

“To see our partner dealing with such a difficult situation, we should express our compassion and solidarity,” explained Ikouebe in a recent interview with Xinhua, underlining that Congo has “the heart to honor its commitments and solidarity” with China.

“Simply expressing our compassion is not enough to demonstrate our solidarity with China. There should be concrete actions,” said Ikouebe, now the high representative and head of the African Union Liaison Office to Chad.

Considering the huge economic burden to rebuild a school on the Qinghai-Tibet plateau, known for its altitude and cold weather, China has advised Congo to dial it down by helping rebuild a school library. Though Congo appreciated China’s consideration, the country still insisted on rebuilding a whole new school, noted Ikouebe.

“Although our economic capacity is limited, we should extend help. We need to honor our commitments and promises to the children,” he said.

On July 22, 2012, the restoration of Wenle Central Boarding School (Orphan School) was completed under the new name of the Sino-Congolese Friendship Primary School. Ikouebe, who attended the ceremony on behalf of the Congolese government, said that he remembered it just like yesterday.

Though the ride to the school was full of twists and turns amid harsh weather, Ikouebe said the experience was one of the “highlight moments” not only for his diplomatic career but also for Congo-China relations.

“It was raining during the ceremony,” recalled the Congolese diplomat. “I remember saying that the rain was not a bad sign. In our culture, the rain usually means happiness.”

Also in 2012, nearly two years after the earthquake in China, the annexe of a munition depot exploded in the eastern part of the Congolese capital Brazzaville, killing about 300 people and injuring thousands.

“Soon after the explosion, China came to our assistance,” said Ikouebe, noting that China offered to restore the explosion-torn streets. “This is just another shining example of the solidarity shared by our two countries.”