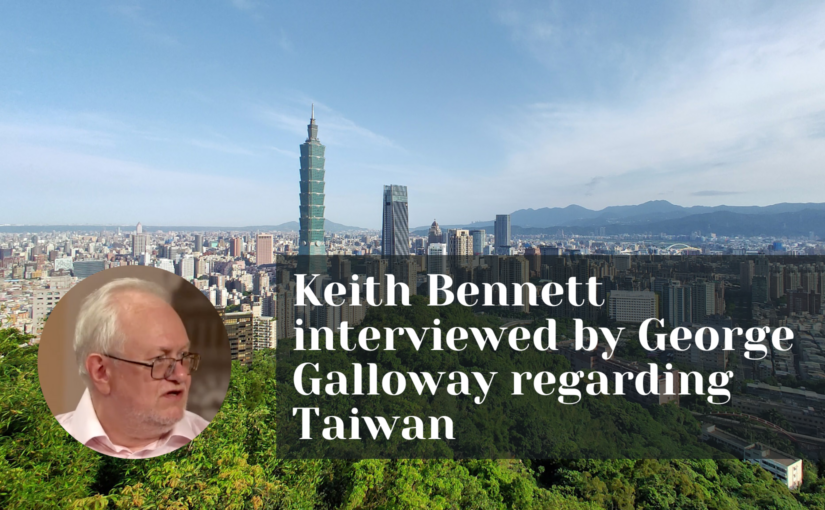 Friends of Socialist China co-editor Keith Bennett was one of the panellists on a recent episode of Kalima Horra, a discussion programme hosted by George Galloway on Al Mayadeen television, discussing the current situation on Taiwan, the prospects for cross straits relations between the island and the mainland, and between China and the United States. The programme, recorded on August 13 but first broadcast on August 29, was occasioned by the provocative visit to Taiwan by US Speaker Nancy Pelosi at the beginning of that month.

Keith emphasised that whilst China would do everything possible to prevent war, its absolute determination to complete the cause of national reunification should not be underestimated. The United States was engaged in ‘salami slicing’ the One China principle, to which it had committed itself in three joint communiques, and China could no longer stand idly by.

We reproduce here Keith’s two main contributions to the discussion. The full programme, which also includes some valuable interventions from Professor Michael Dutton of Goldsmith’s, University of London and Beijing Capital Normal University, who stressed that both the Taiwan and Hong Kong issues are unresolved problems of colonialism, can be viewed here.