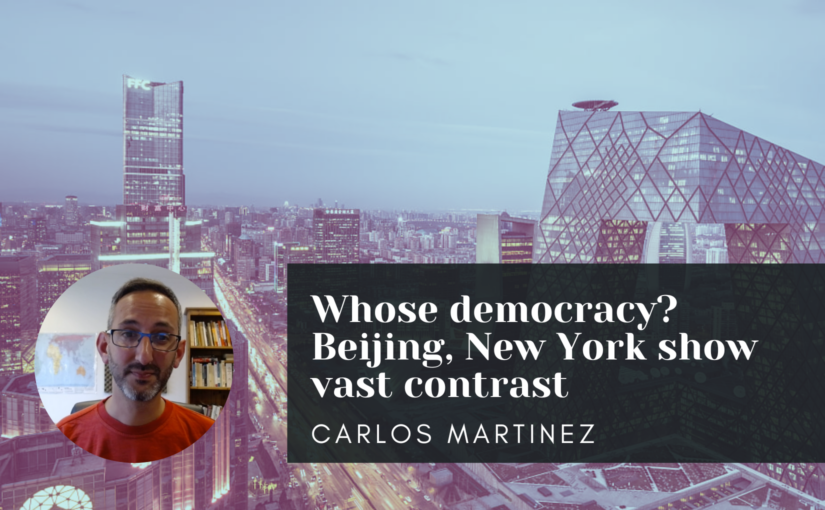 The video embedded below is the last in a three-part series on democracy made by China Daily, based on an interview with Friends of Socialist China co-editor Carlos Martinez. In this segment, Carlos talks about visiting both New York City and Beijing for the first time in 2019, and the stark contrast between the two cities. New York, in spite of being a major centre of wealth, contains terrible levels of poverty, inequality, homelessness and discrimination, and its infrastructure is collapsing. Beijing on the other hand is modern, efficient, clean and well-organised, and the fundamental human rights of all its citizens are guaranteed. What this small example reflects is the difference between Western democracy – a democracy for the elite – and Chinese socialist democracy, which works for the masses of the people.

You can also see part 1 and part 2 of the series.