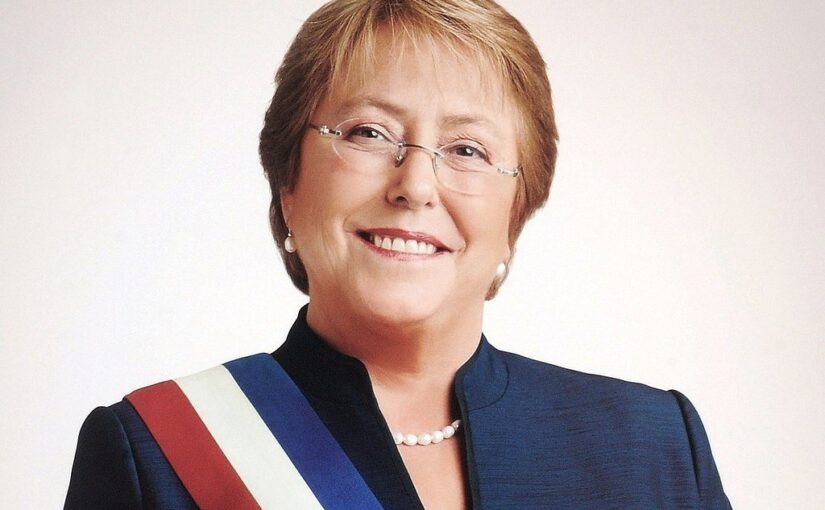 In this important article, originally carried on Counterpunch, Alfred de Zayas, a former long-term United Nations employee, dissects the recent report of the Office of the (UN) High Commissioner for Human Rights on China’s Xinjiang region, which he believes, “should be discarded as propagandistic, biased, and methodologically flawed.” The report, he notes, was not mandated by the UN Human Rights Council, comes in response to pressures from Washington and Brussels, and forms part of their geopolitical hybrid war against China.

De Zayas draws a comparison with his own mission to Venezuela, prior to which he read all the relevant reports from the OHCHR, Amnesty International and Human Rights Watch. But when he fact-checked these on the ground, he saw a fundamentally different picture from that contained in reports by ideologues who had not been to Venezuela.

On 31 August 2022, the last day of Michelle Bachelet’s 4-year tenure as UN High Commissioner for Human Rights, the Office released a 46-page document, which I believe should be discarded as propagandistic, biased, and methodologically flawed.  This document, which was not mandated by the Human Rights Council and responds to pressures on OHCHR by Washington and Brussels, bears the superficially neutral title “ Assessment of human rights concerns in the Xinjiang Uyghur Autonomous Region”[1].

High Commissioner Bachelet did well in delaying publication of the Xinjiang “assessment” and returning to Chile before the unappetizing and destructive debates start during the forthcoming 51st session of the Council (12 September-7 October 2022).  Already the Chinese mission has rejected[2] the “assessment” as unprofessional and incompatible with the end-of-mission statement issued by Michelle Bachelet after her successful mission to China and Xinjiang in May 2022, a statement, which I consider balanced, detailed and constructive[3].  Alas, Bachelet’s statement after her well-prepared visit did not succeed in silencing the Washington and Brussels critics that have been systematically misrepresenting the situation in Xinjiang and misusing it for purposes of their geopolitical hybrid war against China.  Bachelet’s sedate statement was met by hostility, media mobbing and calls for her resignation.

The main problems with the “Assessment” are the methodology and the sources.  As the Chinese Permanent Mission in Geneva has indicated, the so-called assessment is “based on presumption of guilt, uses disinformation and lies fabricated by anti-China forces as its main sources, deliberately ignores authoritative information and objective materials provided by the Chinese government, maliciously distorts China’s laws and policies, denigrates the fight against terrorism and extremism in Xinjiang, and turns a blind eye to the tremendous human rights achievements jointly made by people of all ethnic groups in Xinjiang.”[4]

Of course, the report was not written by Michelle Bachelet herself, who certainly would not have contradicted what she had stated in Guangzhou and before the 50th session of the Human Rights Council in June 2022.  OHCHR reports are always written by the OHCHR staff and/or by consultants, who are not always impartial and free of a prioris, who do not always try to reflect all sides of the picture, who do have personal preferences and frequently violate the fundamental rule “audiatur et altera pars” – listen to all sides.

As a long time OHCHR staffer, former Secretary of the Human Rights Committee, and Chief of the Petitions Section (registrar), I saw and experienced both good and bad during decades of devoted service to the Office. As UN Independent Expert on International Order (2012-18), I was personally subjected to inacceptable pressures from the Office and attempts to force me into a desired “matrix”, thus violating my right and duty to conduct independent research and to reach my own conclusions, and not those suggested to me by OHCHR staff or certain militant ngo’s.

Before I undertook the first mission to Venezuela in 21 years, I read all the pertinent reports by OHCHR, Amnesty International and Human Rights Watch.  When I fact-checked those reports on the ground and confronted professors, churches, opposition members, government ministers and prosecutors, ngo’s on all sides of the spectrum with targeted questions, I saw a fundamentally different picture, radically departing from the OHCHR “reports”, written by ideologues who had not been to Venezuela and had not engaged in the kind of fact-finding I conducted.  Worse still, I realized that in its reports the OHCHR had suppressed crucial information that had been made available to it by independent Venezuelan ngo’s indlucing Fundalatin, the Grupo Sures and the Red Nacional de Derechos Humanos.  Prior to, during and following my mission to Venezuela,  I sensed a pronounced OHCHR hostility to my mandate, resulting in a failure to provide appropriate logistical and substantive support and a total unwillingness to defend my honour and reputation when I was subjected to pre-mission, during-mission and post- mission intimidation, mobbing and defamation.[5]

It may be that the Western powers have scored a short-term victory over China by persuading OHCHR to issue an “assessment” that feeds into the on-going information war and Sinophobia, which has become a hallmark of certain UN agencies.  Certainly the suggestion that “crimes against humanity” or even “genocide” may have been committed in Xinjiang is irresponsible hyperbole, inflammatory, and contrary to article 20 of the International Covenant on Civil and Political Rights, which prohibits war propaganda and incitement to racial hatred and violence.

High Commissioner Bachelet’s mission to China in May 2022 resulted in the establishment of a working group to facilitate continued dialogue and cooperation between OHCHR and Chinese authorities.  This is similar to my constructive proposal 2018 that the OHCHR establish a “presence” in Venezuela, precisely in order to conduct professional, not propagandistic assessments and monitoring.  The goal in China and in Venezuela is to concretely help victims of human rights violations in a spirit of international cooperation and solidarity.

Indeed, the Office of the High Commissioner for Human Rights was not created for purposes of “naming and shaming”, for escalating tensions between countries, for disseminating dis-information about violations of human rights.  The main purpose of the High Commissioner is to advance international cooperation in the field of human rights, to coordinate all human rights activities of United Nations agencies, to enhance confidence-building, to make human rights juridical, justiciable and enforceable in an atmosphere of mutual respect consistent with the Purposes and Principles of the UN Charter.

It is important to recall the terms of reference of the Office of the High Commissioner, namely to

“(a) Function within the framework of the Charter of the United Nations, the Universal Declaration of Human Rights, 1/ other international instruments of human rights and international law, including the obligations, within this framework, to respect the sovereignty, territorial integrity and domestic jurisdiction of States and to promote the universal respect for and observance of all human rights, in the recognition that, in the framework of the purposes and principles of the Charter, the promotion and protection of all human rights is a legitimate concern of the international community;

(b) Be guided by the recognition that all human rights – civil, cultural, economic, political and social – are universal, indivisible, interdependent and interrelated and that, while the significance of national and regional particularities and various historical, cultural and religious backgrounds must be borne in mind, it is the duty of States, regardless of their political, economic and cultural systems, to promote and protect all human rights and fundamental freedoms;

(c) Recognize the importance of promoting a balanced and sustainable development for all people and of ensuring realization of the right to development, as established in the Declaration on the Right to Development”[7]

Nowhere in the resolution is it suggested that the High Commissioner should use his/her authority to endorse a particular “model” of democracy, to engage in “naming and shaming”, tolerate the weaponization of human rights, advance geopolitical agendas, or advocate sanctions, embargoes or financial blockades.  On the contrary, the function of the High Commissioner must be constructive, not confrontational — to build bridges, facilitate dialogue, devise measures to prevent the violation of human rights norms, study the root causes of violations.  Accordingly, the HC must advance human rights through advisory services and technical assistance and actively promote a “culture of peace” through human rights as envisaged in UNESCO’s programmes for a culture of peace.[8].

It is in the interest of all of humanity that the High Commissioner and the Human Rights Council operate in a strictly impartial and professional way, and not succumb to pressures from “donors” or bend to the blackmail regularly practices by numerous countries.

Of course, in the real world we recognize that the United Nations, the Security Council, the General Assembly, ECOSOC are all political.  In what “never-never land” could the OHCHR and the Human Rights Council be entirely “unpolitical”?  And yet, if the OHCHR and the HR Council are going to have authority and credibility, they must behave according to a code of ethics, a code of impartiality, with the sole commitment to advance human rights and development for all members of the human family.

Soon a new High Commissioner for Human Rights will be named.  It is crucial for the future of OHCHR and the Human Rights Council that a true professional be appointed who will rigorously observe the mandate as created in General Assembly Resolution 48/141.  It would be a great pity for human rights and for the world if the new High Commissioner were to serve the interests of specific countries and forget the equality in dignity of all human beings and the legitimate claim of all victims of human rights violations to solidarity and rehabilitation.