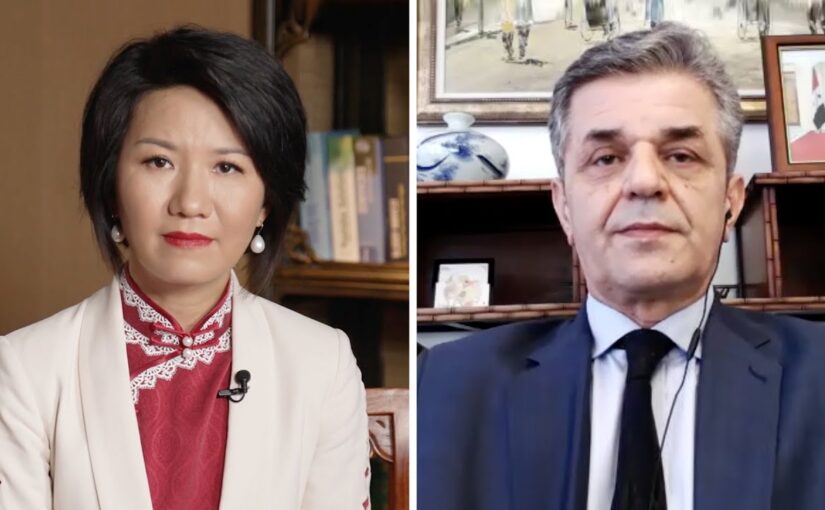 The below extract from CGTN’s popular The Point features an interview with Syria’s Ambassador to China, HE Muhammad Hasanein Khaddam.

Although relatively new in his ambassadorial role, this is his second posting to China. Broadcast on September 7, the ambassador was one of a group of diplomats from 30 Muslim majority countries who had recently paid a visit to Xinjiang. Describing the region as an oasis, Ambassador Khaddam said the gap between what they saw with their own eyes and what is presented in the west is unbridgeable.

However, this did not surprise him, as the same lies had been told about his own country during 12 years of war waged by terrorist groups and the western powers. Muslim people in Xinjiang, he pointed out, enjoy freedoms that can’t be enjoyed by their co-religionists in many western countries that criticise China.

Turning to the situation in Syria, the Ambassador notes that the Belt and Road Initiative (BRI), that Syria formally joined at the beginning of this year, brings hope of a new modality of ‘win win’, without dictation or disrespect. Companies from friendly nations that stood with Syria, he explains, will enjoy numerous opportunities in the reconstruction of the country, such as in the building of ports, roads, bridges and a railway to Iraq.

One thought on “Syrian Ambassador: Muslims in Xinjiang experience greater freedom than Muslims in the West”