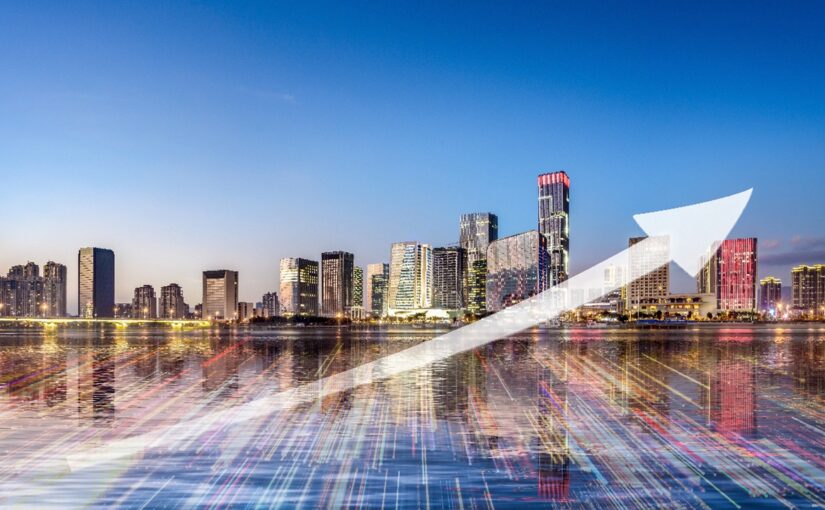 We are pleased to reproduce this article by Professor Radhika Desai, which originally appeared in Global Times.

Radhika notes that, “After the disintegration of the USSR, the People’s Republic of China, under leadership of the CPC, not only survived, but succeeded spectacularly…(but) none of this was inevitable.”

The secret behind the success of socialism in China and the failure of capitalism, particularly the variety practiced in the United States and Britain, she argues, is best understood by returning to the teachings of Marx.

A further very important factor identified by Radhika is that “the Chinese revolution, even more than the Russian revolution, was at once socialist and anti-imperialist.” Her conclusion is that, “while China does not aim to be a model for other nations, its experience and policies do serve as a worthy example. Other countries can best benefit from their relations with socialist China if they also adapt China’s experience to their aspirations and circumstances.” This resonates with President Xi Jinping’s important observation that: “It [socialism with Chinese characteristics] offers a new option for other countries and nations who want to speed up their development while preserving their independence.”

After the disintegration of the USSR, the People’s Republic of China, under leadership of the CPC, not only survived, but succeeded spectacularly. The party-state holding overall control of the economy composed of a pragmatic mix of state and private enterprise has managed to harness market forces to build socialism and brought a very poor society to the threshold of moderate prosperity. It has scored many technological achievements along the way.

None of this was inevitable. All of it required leadership, who has been capable of well-judged decisions, political skill and wisdom, the ability to learn from mistakes, to listen to the people and, above all, to stand up to powerful capitalism and imperialism. It also required a long-standing commitment to China’s original revolutionary principles.

The fast-mounting failures of Western neoliberal and financialized capitalism throw China’s achievements into very flattering relief. These failures include recurrent crises, low growth, social inequality, political division, a scandalous record against the pandemic and, not least, its deeply misguided foreign policy of aggression which is putting the world in great danger, including danger of nuclear war.

Today, Western neoliberal and financialized capitalism, particularly in its two leading countries, the US and the UK, is manifestly failing on the productive front, while Chinese socialism is succeeding. To understand why, it is best to return to Marx. Marx considered capitalism historically progressive because it developed the forces of production by socializing them, increasing the division of labor and promoting ever more complex social cooperation.

First, competitive capitalism socialized production among firms specializing in different products. Then, monopoly capitalism socialized production within firms, making them giant productive apparatuses coordinating thousands of workers under their authority. As Marx foresaw, at this stage, capitalism had accomplished all the historical progress it was capable of and was ripe for socialism. This would involve putting these large monopolistic productive apparatuses under social control and running them in the public interest and replicating them where they were yet to be built. Their private control was no longer historically progressive, efficient or rational.

Leading capitalist countries had reached this stage in the early twentieth century and, not co-incidentally, capitalism erupted in its most profound crisis, involving two World Wars and the Great Depression. The Thirty Years’ Crisis of 1914-1945 was also bookended by the two greatest challenges to capitalism so far, the 1917 Russian Revolution, and then later the 1949 Chinese Revolution. With capitalism’s reputation in tatters, most believed the world would move in a socialist direction: progressives like Keynes and Polanyi welcomed it, reactionaries like Hayek feared it.

Amid the “golden age” of world growth thereafter, most forgot these hopes and fears. However, they were at least partially vindicated. The “golden age” would have been impossible without the “socialistic” reforms that created Keynesian welfare states in the imperialist countries, without communist countries and without Third World attempts at autonomous national development, all involving considerable state ownership and direction, all resting on high levels of working-class organization and political assertion.

However, the economic structure underlying the Keynesian welfare states remained capitalist and, inevitably, as production outran demand, they fell into crisis in the 1970s. At that point, instead of deepening socialistic reform, which would have preserved and improved their productive sectors, these societies turned to neoliberalism – freeing capitalism from state regulation and social obligation – to revive growth. Since this was akin to expecting the youthful vigor of competitive capitalism from senile monopoly capitalism, production languished in the leading neoliberal economies, replaced by an explosion of finance and other rentier activities.

This is why the widespread belief that capitalism is best at production and we need socialism only to distribute incomes equitably is false. This is why China’s socialism is leading world growth.

Secondly, the Chinese revolution, even more than the Russian Revolution, was at once socialist and anti-imperialist. To date, no socialist revolution has occurred in the homelands of capitalism, only outside them. The reason is simple: while imperialism permits capital to make greater concessions to working people in its homelands, it offers only economic subordination and poverty to others. Inevitably, socialist countries have had to build socialism by overcoming the setbacks of imperialism and in the face of unremitting imperialist resistance. Left forces – movements, parties and states – must understand this if they are to advance world socialism.

Third, China’s foreign policy recognizes the centrality of anti-imperialism and national economic sovereignty to the progress of socialism.

Fourth, and relatedly, China’s support for socialist and developing countries through aid and trade and the dense network of institutions and programs such as the Asian Infrastructure Investment Bank or the Belt and Road Initiative, serve to expand the options of developing and socialist countries who are no longer compelled to be at the mercy of imperialist institutions.

While China does not aim to be a model for other nations, its experience and policies do serve as a worthy example. Other countries can best benefit from their relations with socialist China if they also adapt China’s experience to their aspirations and circumstances.