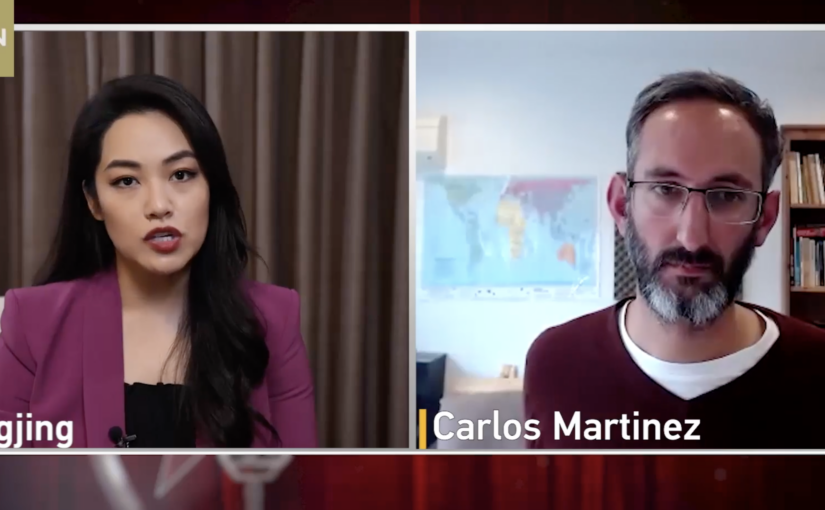 In the video below, originally carried on CGTN, Li Jingjing interviews Carlos Martinez about the recently-concluded 20th National Congress of the CPC – in particular its focus on common prosperity – as well as the successes of China’s development model.

Carlos outlines the core principles of common prosperity – reducing poverty, reducing inequality, improving distribution, and increased regulation of capital. He highlights in particular the measures that have already been taken in support of workers in the ‘gig economy’, including recent legislation supporting and encouraging unionisation, and mandating that all workers have proper contracts and full insurance entitlement. These measures compare very favourably with the situation in the West, where casual workers face terrible working conditions, zero-hour contracts and anti-union policies.

Discussing China’s development model of Socialism with Chinese Characteristics, Carlos points out that the successes of this model speak for themselves. It is a model that has been able to eliminate extreme poverty in a huge country of 1.4 billion people – an unprecedented achievement. “Anyone saying it’s a bad model is saying that it’s bad for people who used to face famines to now live comfortable lives.”