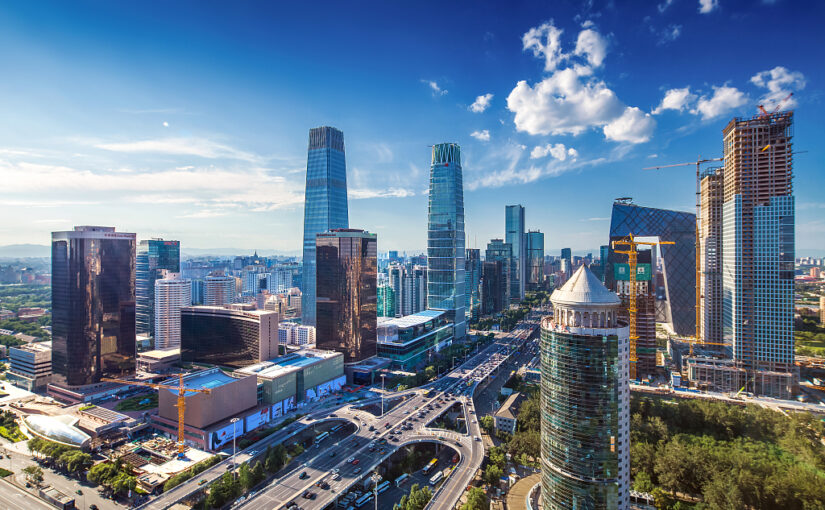 The following article by Vijay Prashad and Tings Chak discusses some of the important policies and ideas emerging from the recently-held 20th National Congress of the Communist Party of China. Disregarding the Western media’s “wild speculations about the deliberations in the party”, the authors explore the concept of socialist modernization, as well as detailing China’s ongoing fight against corruption and its successes in poverty alleviation and environmental action.

Vijay and Tings note that per capita GDP has doubled in the last decade and that, in the same period, the CPC has worked relentlessly to tackle corruption, adhere to the mass line, and re-center itself in the grassroots. Furthermore, “China’s interest in tackling the climate catastrophe is evidenced by its planting of a quarter of the world’s new forests over the past decade and in becoming a world leader in renewable energy investment and electric vehicle production.”

The authors also point out that China’s development has been extraordinarily peaceful, quoting Xi Jinping’s work report to the Congress: “In pursuing modernization, China will not tread the old path of war, colonization, and plunder taken by some countries. That brutal and blood-stained path of enrichment at the expense of others caused great suffering for the people of developing countries. We will stand firmly on the right side of history and on the side of human progress.”

As China becomes richer, it is also becoming fairer and greener, and its modernization is based on its own efforts, not on imperialism and aggression. Such is the meaning of China’s socialist modernization, which is a great inspiration for progressive forces globally.

This article was produced by Globetrotter.

The Communist Party of China (CPC) held its 20th National Congress from October 16 to October 22, 2022. Every five years, the delegates of the CPC’s 96 million members meet to elect its top leaders and to set the future direction for the party. One of the main themes of the congress this year was “rejuvenation” of the country through “a Chinese path to modernization.” In his report to the congress, Xi Jinping, the CPC’s general secretary, sketched out the way forward to build China “into a modern socialist country.”

Most of the Western media commentary about the congress ignored the actual words that were said in Beijing, opting instead to make wild speculations about the deliberations in the party (including about the sudden departure of former Chinese President Hu Jintao from the Great Hall of the People during the closing session of the congress, who left because he was feeling ill). Much could have been gained from listening to what people said during the National Congress instead of putting words in their mouths.

When the Communist Party took power in China in 1949, the country was the 11th poorest country in the world. For the first time since the “century of humiliation” that began with the British wars on China from 1839 onward, China has developed into a major power with the social situation of the Chinese people having greatly improved from their condition in 1949. A short walk away from the Great Hall of the People, where the congress was held, is the Chairman Mao Memorial Hall, which reminds people of the immense achievement of the Chinese Revolution of 1949 and its impact on Chinese society.

Xi Jinping became the general secretary of the CPC at the 18th National Congress in 2012 and was elected president of the People’s Republic of China in March 2013. Since then, the country has gone through significant changes. Economically, China’s GDP has almost doubled to become the world’s second-largest economy, growing from 58.8 trillion yuan in 2013 to 114.37 trillion yuan in 2021, and its GDP expanded at a rate of 6.6 percent per year during the same period. Meanwhile, the country’s per capita GDP almost doubled between 2013 and 2021, with China approaching the high-income country bracket. In terms of the world economy, China’s GDP was 18.5 percent of the global total in 2021, and the country was responsible for 30 percent of world economic growth from 2013 to 2021. China also manufactured 30 percent of the world’s goods in 2021, up from more than 20 percent in 2012. This adds to the decades of historically unprecedented growth rate of 9.8 percent per year from 1978 to 2014 since the launching of economic reform in China in 1978. These economic achievements are historic and did not come without their set of challenges and consequences.

While delivering the report at the opening of this congress, Xi spoke about the situation that the Chinese people faced a decade ago: “Great achievements had been secured in reform, opening up, and socialist modernization… At the same time, however, a number of prominent issues and problems—some of which had been building for years and others which were just emerging—demanded urgent action.” He went on to talk about the “slide toward weak, hollow, and watered-down party leadership,” pointing out that “money worship, hedonism, egocentricity, and historical nihilism” were the deep-seated problems in a development process that was “imbalanced, uncoordinated, and unsustainable.” These are significant self-criticisms made by the man who has led the country for the past decade.

A decade ago, in his speech at the 18th CPC National Congress, outgoing Secretary General Hu Jintao mentioned the word “corruption” several times. “If we fail to handle this issue well,” he warned, “it could prove fatal to the party, and even cause the collapse of the party and the fall of the state.” Xi Jinping’s first task after taking over as general secretary of the CPC was to tackle this issue. In his inaugural speech as the party head in 2013, Xi said he was committed to “the fighting of tigers and flies at the same time,” referring to the corruption that had spread from the high echelons down to the grassroots level within the party and the government. The party launched “eight-point” rules for its members in December 2012, to limit practices such as inconsequential meetings and extravagant receptions for official visits, and advocated “diligence and thrift.”

Meanwhile, a year after the launch of the “mass line campaign” by Xi’s administration in June 2013, official meetings were reduced by 25 percent in comparison to the period before the campaign, 160,000 “phantom staff” were removed from the government payroll, and 2,580 “unnecessary” official building projects were stopped. Over the past decade, from November 2012 to April 2022, nearly 4.4 million cases involving 4.7 million officials were investigated in the fight against corruption. Party members have been investigated. In the first half of this year alone, 24 senior officials were investigated for corruption, and former ministers, provincial governors, and presidents of the biggest state-owned banks have been expelled from the party and given harsh sentences, including life imprisonment.

Hu Jintao’s comments and Xi Jinping’s actions reflected concerns that during the period of high growth after 1978, CPC members grew increasingly detached from the people. During the first months of his presidency, Xi launched the “mass line campaign” to bring the party closer to the grassroots. As part of the “targeted poverty alleviation” campaign launched in 2014, 800,000 party cadres were sent to survey and visit 128,000 villages as part of this project. In 2020, despite the COVID-19 pandemic, China successfully eradicated extreme poverty, contributing to 76 percent of the global reduction in poverty till October 2015.

Beyond the party’s self-correction, Xi’s strong words and actions against the corrupt “flies and tigers” contributed to the Chinese people’s confidence in the government. According to a 2020 research paper by Harvard Kennedy School’s Ash Center for Democratic Governance and Innovation, the overall satisfaction with the government’s performance was 93.1 percent in 2016, seeing the most significant growth in the more underdeveloped regions in the countryside. This rise of confidence in rural areas resulted from increased social services, trust in local officials, and the campaign against poverty.

Right side of history

At the 20th Congress, Xi Jinping reflected on the history of colonialism—including China’s “century of humiliation”—and the implications this would have for China going forward. “In pursuing modernization,” Xi said, “China will not tread the old path of war, colonization, and plunder taken by some countries. That brutal and blood-stained path of enrichment at the expense of others caused great suffering for the people of developing countries. We will stand firmly on the right side of history and on the side of human progress.”

Chinese officials routinely tell us that their country is not interested in seeking dominance in the world. What China would like to do is to collaborate with other countries to try and solve humanity’s dilemmas. The Belt and Road Initiative, for instance, was launched in 2013 with the purpose of “win-win” cooperation and development and has thus far built much-needed infrastructure with investment and construction contracts totaling $1 trillion in almost 150 countries. China’s interest in tackling the climate catastrophe is evidenced by its planting of a quarter of the world’s new forests over the past decade and in becoming a world leader in renewable energy investment and electric vehicle production. On the public health side, China adopted a COVID-19 policy that prioritizes lives over profit, donated 325 million doses of vaccines, and saved millions of lives as a result of this. As a result of its initiatives in the public health sector, the average life expectancy of Chinese people was 77.93 years in 2020 and reached 78.2 years in 2021, and for the first time, surpassed life expectancy in the United States—77 years in 2020 and 76.1 in 2021—making this drop “the biggest two-year decline in life expectancy since 1921-1923.”

China’s communists do not see these events without putting them in the context of the long process undertaken by the government toward achieving and ensuring their social development. In 27 years, China will celebrate the centenary of its revolution. In 1997, then-President of China Jiang Zemin spoke about the two centenary goals—the 100-year markers following the founding of the Communist Party (1921) and the Chinese Revolution (1949)—that “underwrite all China’s long-term economic planning programs and contemporary macroeconomic policy agendas.” At that time, the focus was on growth rates. In 2017, Xi Jinping shifted the emphasis of these goals to the “three tough battles”: to defuse major financial risks, to eradicate poverty, and to control pollution. This new congress has gone beyond those “tough battles” to protect Chinese sovereignty and to expand the dignity of the Chinese people.