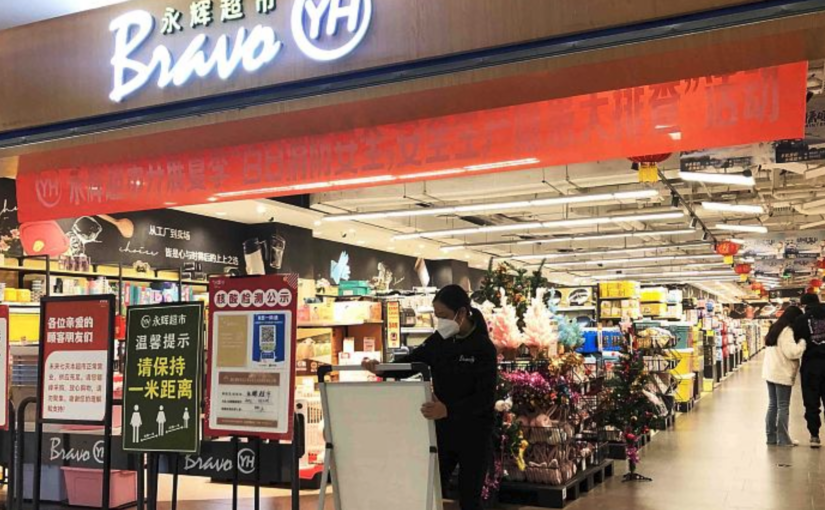 In this article, originally published by CGTN, Keith Lamb situates the reaction of the western press to the recent and ongoing modifications made by China to its dynamic zero Covid policy in the context of its coverage throughout the last three years of the pandemic. Basing himself on his time spent in China, he explains that he saw for himself how western reporting was inaccurate; how China would be damned by them no matter what it did; and that it would be foolish for China to take advice from such media and the class it serves.

Keith further notes that China has spent the last three years developing antidotes and modernizing its health service. This has created the basis for the recent changes, which have “already been pounced upon by the corporate media who now, making an abrupt turn, warn that opening up will endanger public health. In light of lockdown propaganda, equated with human rights abuse, this concern for China’s health is just a continuation of using the media to delegitimize China to Western domestic audiences and stir up class divisions in China.”

My time in China during the COVID-19 outbreak taught me three things about transnational corporate media reporting on China. First, reporting was inaccurate regarding events and sentiments on the ground. Second, no matter what China did, it would be damned by these media. Third, considering the inaccuracy and malice it would be foolish for China to take advice from these media and their class interests.

In regard to China’s COVID-19 policy, the corporate press exaggerated minority disgruntlement to convey a totality of an undemocratic hellscape to Western audiences. Lockdowns though implemented organically before they became official policy were presented using an “oppressing human rights” narrative.

Regarding human rights, the U.S. with its laissez-faire policy, favored by transnational capital, lost over one million lives to COVID-19. China has a larger population, denser urbanization, a developing healthcare system, and a family structure where three generations often live under one roof. Had China opened up early, when the virus was most virulent, its death toll could have been higher than the U.S.’s.

If China, urged on by the corporate media, followed the U.S. example then this press, full of schadenfreude, would have vilified China’s governing system which could have faced a crisis for valuing market interests above the democratic interest to protect all life. Ironically, transnational interests would have further leveraged misunderstandings, concerning China’s socialist market economy and the nature of class contradictions in the developmental process, to depict China’s system as aping imperialism.

However, China ignored maligning forces demonstrating that socialist market economies act in the interests of the people and the world. China’s strict COVID-19 prevention measures were pragmatic for the long-term health needs of all rather than for merely capital. Its measures gave the U.S. and its partners more preparation time. However, this was not reported on, and at any rate, there was little preparation taken.

In light of China’s low COVID-19 death rate, attempting to delegitimize China’s system, the corporate media continued to focus on inconveniences related to China’s measures. Narrow human rights issues were superimposed upon China’s human rights concerns for the democratic whole. The principle remained that China’s complex story would not get reported and, through decontextualization, China’s measures would always be spun as faulty.

Left out of the spin is that China’s COVID-19 measures, over the last three years, have been in service of its developmental plans, which, placing people first, occur over timescales exceeding business and election cycles. In the short term, China gave itself time to conduct medical research into drugs and vaccines. In the long term, as a national medical disaster was averted, China gave itself breathing space to continue the needed improvements in its healthcare system which is striving to meet its “Healthy China 2035” goal.

Many of the old, who have resisted vaccination, have been saved from the virulent early strains of COVID-19. This is important in light of China’s cultural and material reality. China’s Confucian culture, which revers the elderly, is in opposition to the culture of market relations, which hyper-emphasizes youthfulness to generate desire and insecurity for profit generation.

In line with Confucian tradition, it is more common for the elderly to live with their older children and partake in rearing their grandchildren. The parents of rural migrant workers commonly raise their grandchildren. Had there not been strict measures then the old living with the young would have been particularly vulnerable. The loss of an aged family member, aside from being a devastating personal loss, would have stolen a crucial moral force and informal economic household provider.

Now, after three years, in part due to shifting public opinion, China’s COVID-19 response is being adjusted. Testing will be less stringent and more public spaces will open. Quarantine time for inbound travelers is being reduced. In light of this new reality, public information campaigns will push vaccination for the elderly and provide different forms of vaccines.

The changes allow for a more focused response. Being a continental-sized country, Chinese provinces will take measures suited to their specific needs. In some spaces, such as hospitals and schools, testing for negative results within 48 hours will continue. In actual fact, though billed as change it is a continuation of the dynamic COVID-19 strategy which seeks to achieve an opening up that balances public opinion and economic needs with health concerns.

Predictably, these changes have already been pounced upon by the corporate media who now, making an abrupt turn, warn that opening up will endanger public health. In light of lockdown propaganda, equated with human rights abuse, this concern for China’s health is just a continuation of using the media to delegitimize China to Western domestic audiences and stir up class divisions in China. Incredulously, these divisions, devoid of analyzing social contradictions as a whole, are palmed off as democracy.

However, this must change. Transnational capital’s opposition to China is alarming because global concerns, like COVID-19, need global solutions. This requires the cooperation of all social classes and nations, especially powerful ones like China.