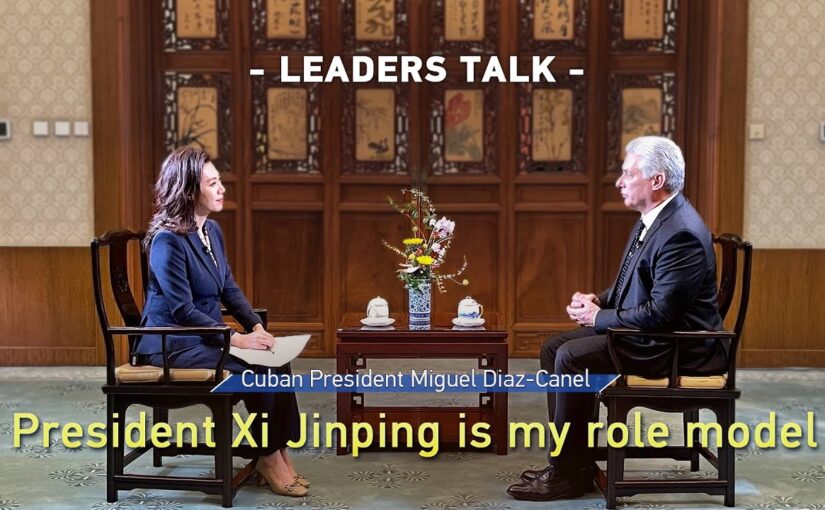 In this clip from an interview with CGTN, Cuban president Miguel Díaz-Canel gives his appraisal of his Chinese counterpart, Xi Jinping. Mentioning that he is an enthusiastic reader of Xi’s speeches and writings – which he considers to be a reference point in the development of socialist theory and practice – he also notes the character traits that contribute to Xi’s leadership style. He describes Xi as “a profound thinker… austere, modest, but also demanding”. Xi Jinping “has the virtue of always thinking about the wellbeing of his people.”

The clip is embedded below. CGTN have also released the following clips:

One thought on “Miguel Diaz-Canel: President Xi Jinping is my role model”