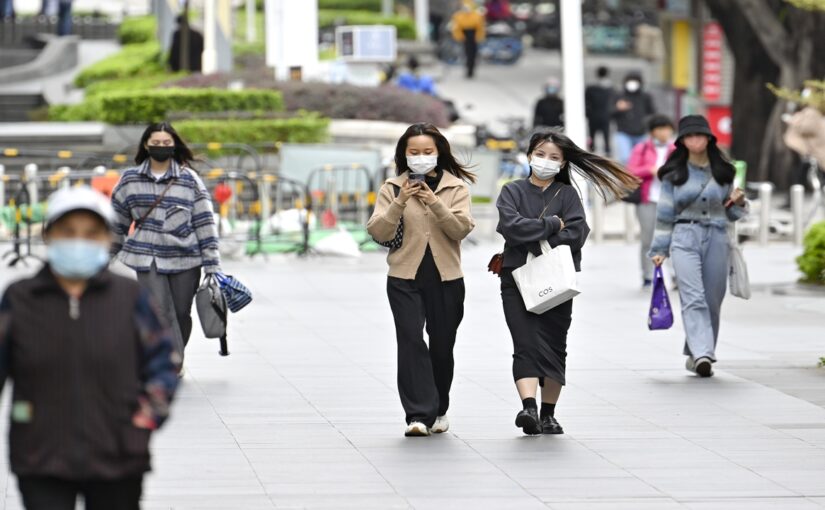 The following article by Indian commentator Maitreya Bhakal, originally published in the Global Times, addresses the latest round of Coming Collapse of China hysteria in the imperialist media. Bhakal observes that, having relentlessly mocked China’s dynamic Zero Covid strategy for the last three years, the West is now hoping beyond hope that the lightening of Covid restrictions will trigger a massive public health crisis which will in turn foment widespread dissatisfaction with the Communist Party of China-led government. In these hacks’ fantasy world, the ensuing instability could deliver a mortal blow to Chinese socialism.

Bhakal concludes that the West’s journalists and politicians are destined for frustration: “As with many of their other predictions, whether China’s economy that’s been collapsing for thirty years, or the Communist Party that will be overthrown any time now, Western propagandists look set to be disappointed again.”

If there’s one quality that defines Western civilization, it is racism. Western culture is often filled with bigotry and intolerance.

Few things demonstrate this better than the West’s propaganda around COVID-19.  After all, people generally don’t die in China like the way they do back home. Children aren’t shot in schools, civilians aren’t randomly killed by the police, and drug deaths and violent crime are extremely rare. As a result,  any event that causes Chinese deaths is warmly welcomed by Western propagandists.

As usual, all of this is blamed on China’s political system. Western propaganda is as one-sided as it is lazy: anything wrong in China – from an initial setback against a new disease, to bad weather – is always blamed on China’s supposed “authoritarianism.”

So much for the superiority of “democracy.”

Last month, China witnessed a few small-scale protests. The aims and political persuasion of the protestors varied. Some had genuine questions on the direction of China’s COVID policy. Some were protesting local lockdowns in their localities or cities. Some were university students. Some were Westernized liberals. Others were Western propagandists and provocateurs – Western “journalists” or “NGO workers” or “English teachers”, who somehow always seem to materialize at Chinese protest sites.

The Western media pounced. One would be forgiven for assuming that China was undergoing a revolution, that the whole nation was on fire, and that every other Chinese citizen was out on the streets rioting. The protests were described as “widespread civil unrest”, and the “biggest threat to the Party since decades.” Every trope in the book was deployed.

This month, China announced that the dynamic zero-COVID policy was going to become less stringent. This was in accordance with the newer variants of the virus such as Omicron, which are milder in nature.

This was to be expected. After all, there is a reason why the policy is called “dynamic” zero-COVID. When variants become milder, restrictions may be eased and calibrated as required. Moreover, most of China’s population is vaccinated, and the remaining are being jabbed at a record pace. Only Western propagandists can fail to see through this common-sense approach.

And they failed. The same people who had once criticized China’s zero-COVID policy as excessive, are now criticizing its moderation. When yesterday China prepared too much and was over-reacting – today, as The Economist agued, it had “not done enough to prepare”. If everything China does is wrong, the opposite is also wrong too.

Western propagandists are desperate. The schadenfreude is palpable. For them, China’s recent “rollbacks” bring back memories of the initial Wuhan wave, and they hope failed COVID-19 fights in their own countries will be repeated in China, which they seek to enjoy.

What makes this combination even rarer is that China managed to keep its death rate amongst the lowest in the world despite having the largest population on Earth – an extraordinary combination of nimbleness and flexibility.

As with many of their other predictions, whether China’s economy that’s been collapsing for thirty years, or the Communist Party that will be overthrown any time now, Western propagandists look set to be disappointed again.

2 thoughts on “Covid in China: Western propagandists look set to be disappointed again”