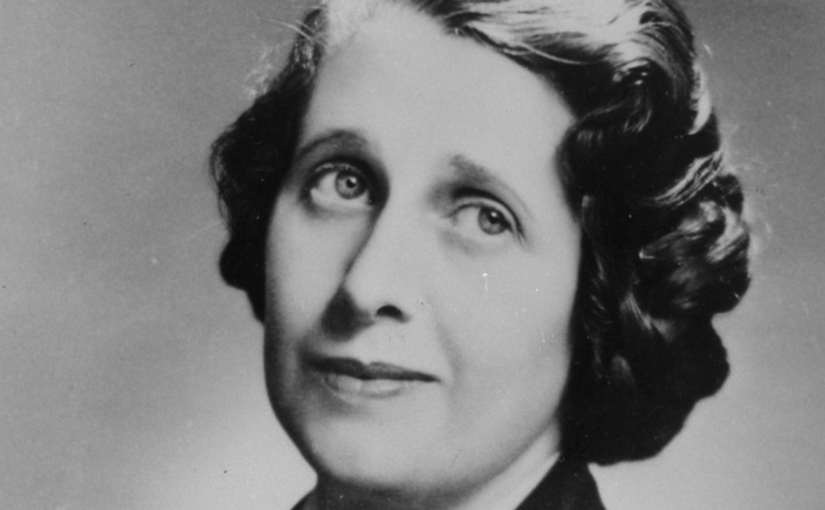 We are pleased to republish this article by Mike Wu, originally carried in People’s Voice, newspaper of the Communist Party of Canada, about the revolutionary life of Dorise Nielsen.

Born in England in 1902, she settled in Canada in 1927. Politicised by the Great Depression, she joined the Communist Party of Canada around the time she met the legendary Norman Bethune, when she was fundraising to help send Canadians to join the International Brigades in Spain. In the 1940 federal election, she was elected as the first communist member of parliament in Canada or indeed North America.

During the McCarthyite conditions of the Cold War, she moved to China in 1957, traveling under the alias Judy Godefroy. She became a Chinese citizen in 1962. She worked in a number of capacities in China, moving to the Foreign Languages Press in the late 1960s.

Dorise died in Beijing on December 9 1980. A speaker at her memorial service, held at the Babaoshan Cemetery for Revolutionaries, said that she “had a deep love of China and the Chinese people, she lived a very simple life and was never extravagant, her feeling for the construction of socialism was profound.”

NB. The article refers to Dorise as the only Canadian in Beijing at the time she moved to China. However, another Canadian citizen, Isabel Crook, was also in Beijing (working at the same institution – the Beijing Foreign Studies University).

Norman Bethune is a well-known figure in the history of Canada–China relations. But there is another legendary figure: Dorise Nielsen, the first Member of Parliament from the Communist Party of Canada, went to China in her later years to support the Chinese people’s socialist construction, until her death in Beijing in 1980.

Dorise was born in London, England in 1902 and settled in Saskatchewan in 1927 to work as a public school teacher. Dorise initially did not concern herself with politics, until the Great Depression broke out in 1929.

During the Depression, Dorise saw with her own eyes how workers, farmers, the ill and the old struggled under capitalism. In 1933, the Co-operative Commonwealth Federation (CCF) held its first convention and approved the Regina Manifesto, which described capitalism as an unjust and inhumane system that concentrated power and wealth in a small elite while leaving most people in poverty.

Two events convinced Dorise to join the Communist Party of Canada. In July 1936, she had heard the Party’s General Secretary Tim Buck speak during the CCF provincial convention. She was deeply impressed by his charisma and his call for the working class to unite and defeat the establishment of Liberals and Conservatives. One year later, Dorise helped raise money to send the Mackenzie-Papineau Battalion to Spain and met Norman Bethune on his cross-country tour in support of Republican Spain. By this time, she had joined the Communist Party.

In Saskatchewan during the 1940 federal election, the Communist Party initiated a popular front called the United Progressive Movement which included members of the CCF and other reformers and populists. Dorise was the United Progressive candidate in North Battleford, which she won by defeating Liberal incumbent Cameron Ross McIntosh. She had made history by becoming the first communist MP elected in Canada and North America.

After the federal government banned the Communist Party in 1940, Dorise joined the Labor-Progressive Party, which was the Party’s legal political organization. As the third woman elected to Canada’s Parliament and the first to still be raising young children while holding political office, Dorise worked on behalf of women and children. She was the first MP to support public daycare, arguing that “It is being tied to all the multitudinous tasks of home and family that robs women of the opportunity to compete with men, not her inferiority.” She knew that only when a socialist economy lifted the burdens of childcare and housework from the shoulders of individual women would they have equal footing with men.

Dorise worked to promote public healthcare, pointing to the number of infant deaths and the high mortality rate from tuberculosis at the time.

Traveling under the alias Judy Godefroy, Dorise moved to the People’s Republic of China in 1957, to teach English at Beijing Foreign Studies University. As the only Canadian in Beijing, she became the link of friendship between China and Canada.

Throughout the late 1950s and 1960s – including during the Great Leap and the Cultural Revolution, policies which went terribly awry during socialist construction – Dorise continued to actively work in China. She worked in factories and farms and helped compile English-Chinese dictionaries and public school textbooks. In 1962, Dorise became a citizen of the People’s Republic of China.

For health reasons, Dorise left the Beijing Foreign Studies University in the late 1960s and began working as an editor at Foreign Languages Press. There, she helped translate works by the leaders of the People’s Republic of China, important Party and government documents, and books reflecting the contemporary conditions and traditional culture of China. When the Communist Party of China started to consider economic reform soon after Richard Nixon’s visit, Dorise suggested the importance of developing education and technology. She also helped with programs for Chinese students studying abroad.

Dorise died in Beijing on December 9, 1980. In recognition of her long service to China, a memorial service was held at Babaoshan Revolutionary Cemetery. In her eulogy, the director of the Foreign Languages Press noted that Dorise Nielsen “had a deep love of China and Chinese people, she lived a very simple life and was never extravagant, her feeling for the construction of socialism was profound.”