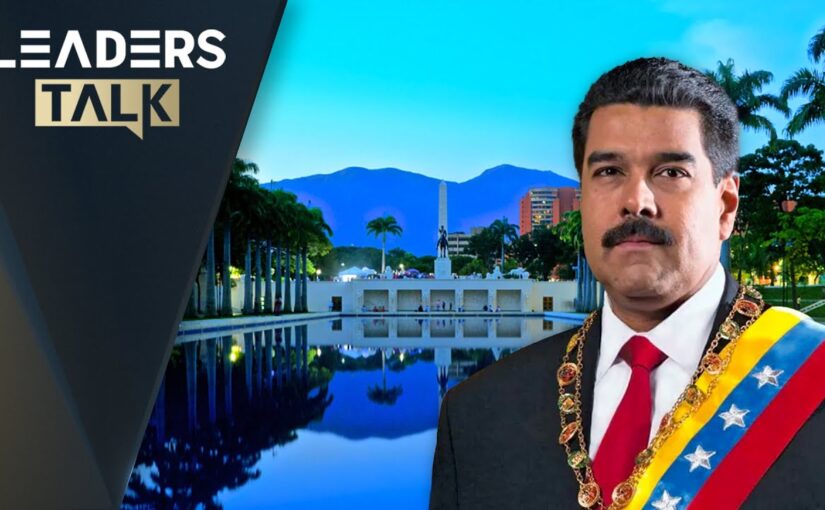 China’s CGTN television recently started airing a new interview programme under the name Leaders Talk, with the first ever episode featuring an interview with Indonesian President Joko Widodo, being broadcast to coincide with his hosting of the G20 Summit in Bali last November. As part of the series, CGTN traveled to the Venezuelan capital Caracas for an exclusive and wide-ranging interview with President Nicolás Maduro.

President Maduro details the illegal sanctions and blockade imposed on his country by the United States, which his interviewer rightly describes as an economic war, but notes that despite this, in the last year, Venezuela has managed to achieve economic growth of 17%. Moreover, the country’s non-petroleum economy is growing for the first time in 120 years.

Highlighting the rising multilateral trend in world politics, President Maduro describes his Chinese counterpart Xi Jinping as a thinker of the new era, lauding his concept of a community of shared future for humanity. He also condemns the visit last August by US House Speaker Nancy Pelosi to China’s Taiwan as a challenge to peace and stability and to the One China principle.

Detailing his long friendship with Venezuela’s revolutionary leader Hugo Chávez, Maduro reflects on his own background as a worker, a trade unionist and a militant in the Marxist-Leninist movement, noting that he was once a bus driver and is now the driver of the country, acting in the proletarian spirit and the spirit of Commander-in-Chief Chávez.

Recalling President Xi’s state visit to Venezuela in 2014, Maduro says that the Chinese leader treats Venezuela with friendship and solidarity. US imperialism tightened its blockade during the Covid pandemic, preventing pharmaceutical companies from exporting to Venezuela, but China had not only provided vaccines but also sent its best specialists and experts to his country.

The Venezuelan leader praised the Communist Party of China for putting not only the interests of the Chinese people first but also the interests of the people of the world. Although only screened at the end of December, the interview was evidently filmed just prior to the 20th National Congress of the Communist Party of China, held last October. President Maduro said that he was especially interested in socialism with Chinese characteristics as Venezuela is also building a socialist model with its own features. China’s success, he observes, has provided an important socialist model for the 21st century.