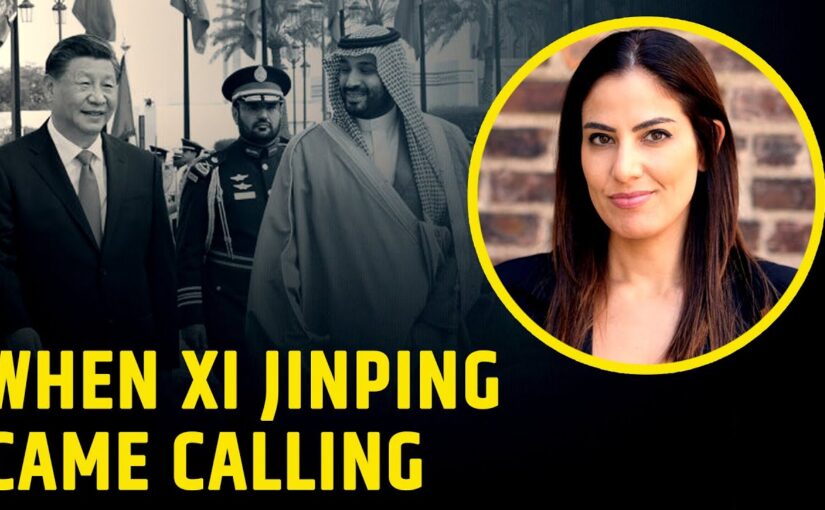 In this interview with People’s Dispatch, Rania Khalek assesses the significance and results of Xi Jinping’s December 2022 visit to Saudi Arabia and his meetings with the leaders of the region. Rania observes that, while US-Saudi relations have been on a downturn in recent years, China has been steadily strengthening its ties with the countries of the Middle East. The Riyadh Declaration of the First China-Arab States Summit, conducted on 10 December, announced that China and the Arab States would work collectively to build a China-Arab community with a shared future – one component of which may very well include the emergence of China’s yuan in global energy markets.

Rania notes that the rise of China is helping to create an alternative foreign policy path for Saudi Arabia, which for decades has tended to act as a proxy for US imperialism in the region. Such a development is profoundly consequential, since China has a strong and consistent interest in promoting peace and stability in the region, and operates on the basis of peaceful coexistence, mutual respect and non-interference. Rania points out that the Riyadh Declaration affirmed the illegality of Israeli settlements in the Palestinian territories and condemned Israel’s unilateral attempts to change the status quo in Jerusalem. The spirit of this text is profoundly different to what would have been written in Washington, and bodes well for the struggle of the Palestinian people to restore their national rights. Indeed, Xi stated in his keynote speech at China-Arab States Summit: “The historical injustices done to the Palestinian people should not be left unattended indefinitely. The legitimate rights of a nation are not up for trade, and the demand for an independent state shan’t be denied. China firmly supports the establishment of a State of Palestine.”