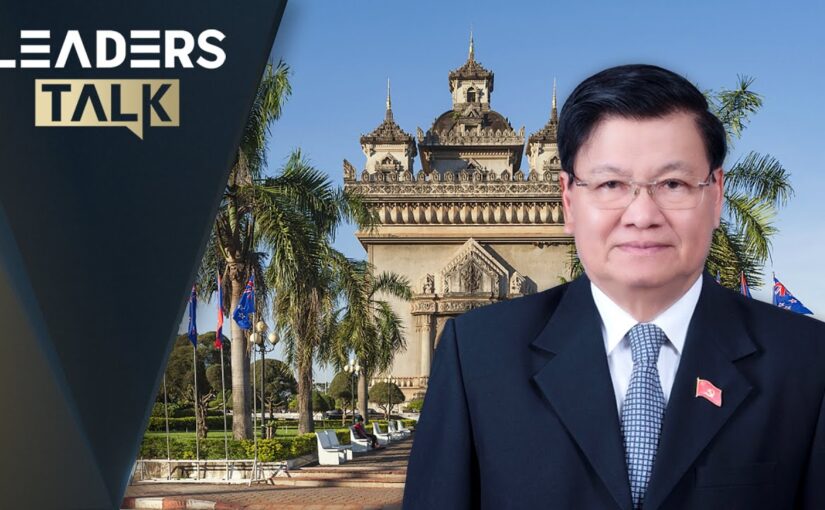 In this episode of the new CGTN series Leaders Talk, Zou Yun interviews Thongloun Sisoulith, President of Laos and Secretary-General of the Lao People’s Revolutionary Party.

Describing the inauguration of the Laos-China High-Speed Railway as the dream of the Lao people come true, President Thongloun refers to the long history of brotherly connections between the two countries and peoples, specifically to their helping each other in the fight against foreign aggressors. During the Lao people’s war of liberation, the communist party, army and people of China rendered timely, effective and unconditional support to their Lao comrades, and this friendship, comradeship and brotherhood has continued in the new phase of nation building.

Thongloun recalls his own first visit to China in 1970, when he was a young man in his 20s, working in the Hanoi office of the Lao Patriotic Front. At that time he was escorting 500 students who were to study at the China-Laos Friendship School, which had been established in the city of Nanning in 1967. With Laos facing a brutal US war of aggression, “we sent our kids to China for the Chinese comrades to take care of them.”

Over many subsequent visits to China, Thongloun notes that the Chinese economy has boomed, the country has remained stable, and China has become a pillar of world peace and stability.

He speaks at some length about his impressions of, and personal relationship with, President Xi Jinping, which is clearly characterised by a deep friendship and comradeship. He also talks about the cultural similarities between Laos and China. Noting that China has “many good old revolutionary songs”, he says that he “loves them very much.”

Zou Yun also takes a ride on the high-speed train to get the impressions of some passengers.