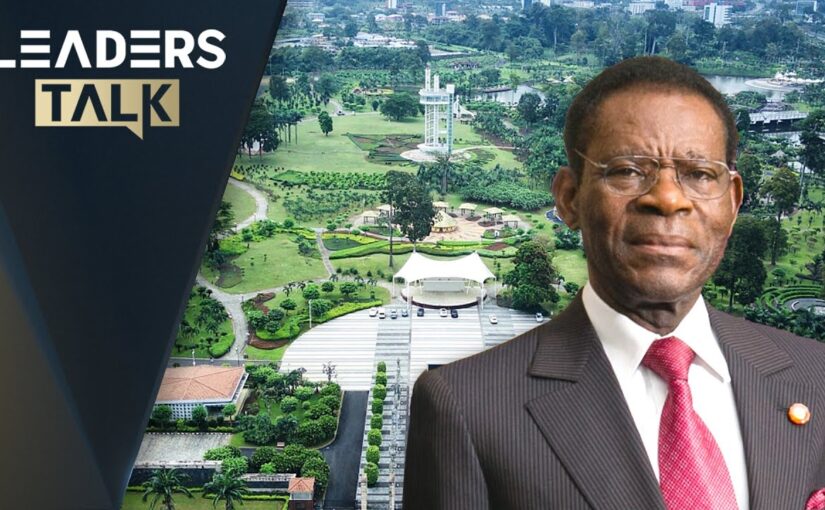 A Spanish colony for centuries, Equatorial Guinea was one of the poorest countries in Africa when it finally achieved independence in 1968. It was only with the discovery of major oil reserves that the country embarked on the road of rapid development in the 1990s. However, with reductions in the price of oil in recent years, the country now faces the task of economic diversification. President Obiang explains that as soon as his country discovered oil, it set out a short, medium and long-term national development plan, with the intention that the gains from oil production be used for national investment. The country’s economic diversification programme lays emphasis on agriculture and fisheries, so that the country can become self-sufficient in food and not rely on any one product.

President Obiang paid the first of his 10 state visits to China in 1984, two years after he assumed the presidency. In the interview, he reflects on the major changes he has observed in China over that period, from a country where the main form of transportation was the bicycle to a strong economic power, with modern infrastructure, and a major provider of aid to developing countries. In his view, the ideal of the Communist Party of China (CPC) is to serve the people of China wholeheartedly, by promoting development and modernisation, so as to make both the country and the people strong. The CPC, the President says, is a pioneer party that can help other political parties, especially his Democratic Party of Equatorial Guinea (PDEG), to develop their own ideals and principles.

The programme highlights how, when Covid-19 was first detected in Wuhan, Equatorial Guinea promptly donated US$2million to assist the Chinese city in dealing with the unexpected outbreak. Later, China sent medical experts and materials, as well as batches of vaccines, to help Equatorial Guinea to fight the virus. Due to their trust in China, President Obiang and his family opted to receive Chinese vaccinations.

Turning to China’s Belt and Road Initiative (BRI), President Obiang begins by noting that the development of Africa should be led by Africans. African leaders, he insists, must think about how to improve their countries, else they will not prosper. It was on this basis that his country had decided to cooperate with the BRI, because China is the first partner to help Equatorial Guinea and even Africa as a whole. The BRI, he notes, is the way for Africa to overcome the underdevelopment, suffering and poverty it is currently facing.

Refuting accusations of Chinese ‘neo-colonialism’ or ‘debt trap diplomacy’, President Obiang is crystal clear: “This is a smear and western countries should be ashamed of it.” Africa, he notes, receives very little assistance from the western countries, and what they do receive is accompanied by political conditions that undermine the stability of the country. “Those who want to accept such assistance are often those who encounter great difficulties.” China, he notes, did not colonise any African countries, it was the west, so their criticism is intended to contain China and to prevent it from helping the development of the African continent. “But we have discovered that China is our best friend… Equatorial Guinea has not received any international development assistance except from China.”

In another example of the close friendship between the two countries, towards the end of the interview, President Obiang sends a personal message to the students of the China-Equatorial Guinea Friendship Primary School in China’s south-western Yunnan province, whose renovation was paid for by the Equatorial Guinean government.