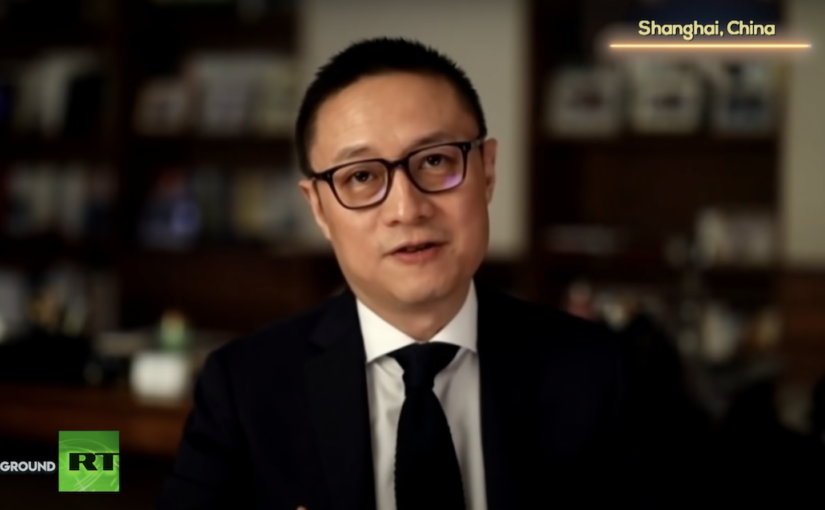 Shanghai-based political scientist Eric Li was interviewed on RT’s Going Underground show, about a number of topics. We reproduce the video below, along with some key excerpts from the transcript.

On the basic continuity between pre-1978 and post-1978 China

Since the Cold War, China is the only major country that has really prospered and delivered for a large number of people – delivered to them a better life.

This was not because China abandoned socialism. Some people misconstrue the history of modern China; they tend to divide it into the first 30 years under Mao, until the late 1970s and Deng Xiaoping’s market reform, which took China to what it is today. But I’ve always said that without the first 30 years, the market reforms would not have been possible.

So Deng Xiaoping’s reforms were successful, in many ways, because the foundation was laid in the first 30 years.

On whether China is a capitalist country

We don’t have capitalism. We have a market economy, we do have capital and we have people like me who manage capital. A market economy means that you manage capital in a way that it generates efficient returns, you allocate resources efficiently. Capitalism to me means the interests of capital rise above the interests of the society as a whole. And capitalists capture the political system for their own benefits. And that we don’t want in this country.

On the shift in China’s priorities over the last decade

We’ve seen a great transformation of China in the last 9 to 10 years. I think the paradigm shift occurred in 2012, with the 18th Party Congress. China shifted from the 30 or 40 years prior to that, which was the headlong pursuit of economic growth, at whatever the costs. And we’re shifting away from that and towards more balanced growth, or more balanced development, which really means common prosperity, so a more equitable society.

There are a lot of side effects of market economics that we had pursued. Inequality is one of them, environmental degradation is another, and corruption was another. So all these issues needed to be addressed. And I think there has been a great transformation within Chinese society and China’s self perception, and the national aspiration of the Chinese people. Especially among young people. In my generation, we were primarily concerned about China being poor and lacking development. But if you ask the younger generation, born post 1990, of course they want economic opportunities, but their primary concerns are about inequality, and sustainability for the future.