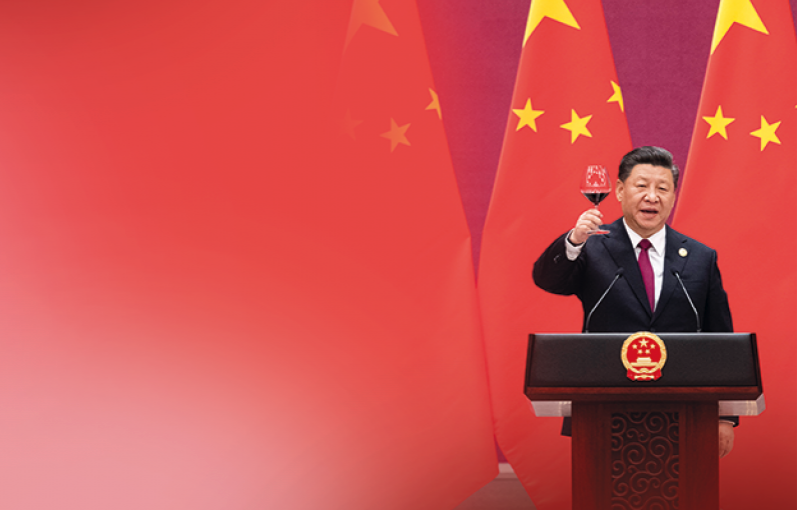 We are republishing this article by Friends of Socialist China co-editor Carlos Martinez, which originally appeared in the Morning Star on 9 July 2021. It is the sixth and final article in a series about the history of the Communist Party of China, which celebrated its centenary on 1 July 2021.

Many consider that “reform and opening up” was a total transformation of Chinese economics and politics and a negation of the first three decades of socialist construction.

Certainly, the strategy adopted by the Deng Xiaoping leadership from 1978 was in part designed to correct certain mistakes and imbalances; however, it was also a response to changing objective circumstances — specifically, a more favourable international environment resulting from the restoration of Beijing’s seat at the United Nations (1971) and the rapprochement between China and the US.

Thomas Orlik, chief economist at Bloomberg Economics, correctly observes that, “When Deng Xiaoping launched the reform and opening process, friendly relations with the United States provided the crucial underpinning. The path for Chinese goods to enter global markets was open.”

So too was the door for foreign capital, technology and expertise to enter China — first from Hong Kong and Japan, then the West. Then premier Zhou Enlai reportedly commented at the time of US secretary of state Henry Kissinger’s historic visit to Beijing in 1971 that “only America can help China to modernise.” Even allowing for Zhou’s legendary diplomatic eloquence, this statement nevertheless contains an important kernel of truth.

The tragic reality of the split in the world communist movement is that everyone was triangulating; for its part, the Soviet leadership was hoping to work with the US to undermine and destabilise China.

Regardless of the complex array of intentions, one key outcome of the US-China rapprochement in the early 1970s was that a favourable external environment was created in which a policy of “opening up” could feasibly be pursued.

Deng was also not the first to recognise that the productive forces were undergoing historic changes in the West and that China would have to catch up. Zhou noted: “New developments in science are bringing humanity to a new technological and industrial revolution … we must conquer these new heights in science to reach advanced world standards.”

Indeed, it was Zhou that first conceptualised the Four Modernisations that Deng made the cornerstone of his strategy. Zhou talked in January 1975 — during his last major speech — of the urgent need to take advantage of the more peaceful and stable international context and “accomplish the comprehensive modernisation of agriculture, industry, national defence and science and technology before the end of the century, so that our national economy will be advancing in the front ranks of the world.”

What’s more, the economic take-off of the post-1978 period “would not have been possible without the economic, political and social foundations that had been built up in the preceding period,” in the words of the late Egyptian Marxist Samir Amin.

Political analyst Eric Li made the same point in a recent interview on RT’s Going Underground: “Deng Xiaoping’s reforms were successful, in many ways, because the foundation was laid in the first 30 years.”

As Deng himself argued in 1979, even with the disruption caused by the Cultural Revolution, the early period of socialist construction achieved “progress on a scale which old China could not achieve in hundreds or even thousands of years.”

This is widely understood within China. Prominent economist Hu Angang writes that, by 1978, all children received an education, adult illiteracy had fallen from 80 per cent to 33 per cent and basic healthcare was available to everyone. Industry had been built up from almost nothing.

Meanwhile, “China succeeded in feeding one-fifth of the world’s population with only 7 per cent of the world’s arable land and 6.5 per cent of its water. China’s pre-1978 social and economic development cannot be underestimated.”

As John Ross elucidates in his recently published book China’s Great Road: “This sharply growing difference was not because India had a bad record — as an increase of 22 years in life expectancy over a 31-year period graphically shows. It is simply that China’s performance was sensational — life expectancy increasing by 32 years in a 29-year chronological period.”

Xi Jinping has observed that, although the two major phases of the People’s Republic of China are different in many ways, “they are by no means separated from or opposed to each other. We should neither negate the pre-reform phase in comparison with the post-reform phase nor the converse.”

The two major phases of the People’s Republic of China are both consistent with the guiding philosophy and raison d’etre of the Communist Party (CPC). Both have played an indispensable role in China’s continuing transformation from a divided, war-torn, backward and phenomenally poor country — in which about one in three children died before reaching their first birthday — to a unified, peaceful, advanced and increasingly prosperous country which is blazing a trail towards a more developed socialism.

In each stage of its existence, the CPC has sought to creatively apply and develop Marxism according to the prevailing concrete circumstances; always seeking to safeguard China’s sovereignty, maintain peace and build prosperity for the masses of the people.

Through many twists and turns, this has been a constant of 100 years of the Chinese Revolution.