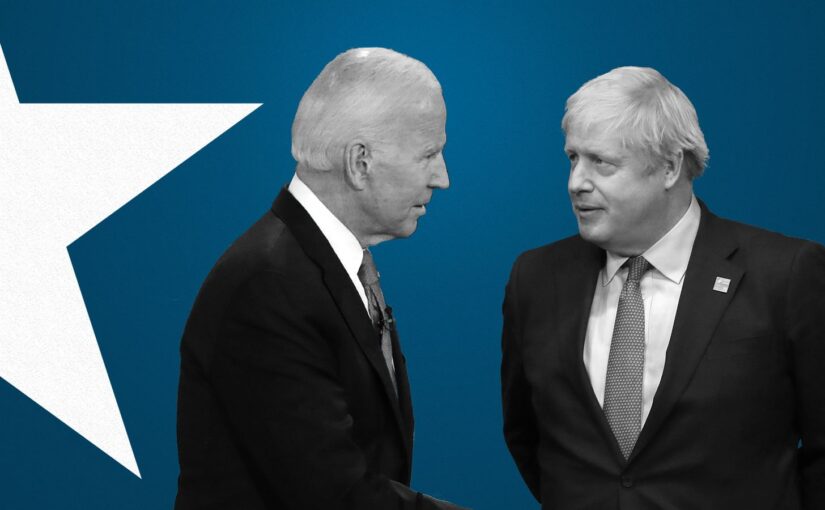 This useful post from educator and activist Mike Klonsky discusses the announcement of the ‘trilateral security partnership’ between the US, UK and Australia (or as Klonsky describes it, a ‘white united front’) and its connection to the escalating New Cold War.

The new Cold War with China, begun under Trump and now escalating under Biden, once again pushes us closer to the nuclear abyss. How close are we? So close that according to a new book “Peril,” by the Washington Post reporters Bob Woodward and Robert Costa. General Mark Milley, chairman of the Joint Chiefs of Staff, was so consumed with fear that former President Donald Trump might launch “rogue” conventional or nuclear strikes against China, he acted twice to prevent it.

Trump’s defeat brought hope to many around the world that Biden and the Democrats would break from Trump’s anti-China saber-rattling, trade-war policies and shift towards repairing the breach and lowering the temperature. These hopes have grown more desperate during the global pandemic as the growing cold war now includes vaccine wars.

Instead, Biden has doubled down on Trump’s policies and seems bent on provoking a military confrontation in the South China Sea.

Here are a few of the repercussions…

North and South Korea are once again firing ballistic missiles hours apart from each other instead of negotiating towards unity as they were doing only a couple of months ago without U.S. involvement. This while South Korea and China were meeting to discuss de-nuclearization of the Korean peninsula. You get the picture.

In what appears to those in the region to be a white united front against China the US, UK, and Australia are creating a trilateral security partnership which will include helping Australia to build nuclear-powered submarines.

The initiative, called Aukus, was announced jointly by President Joe Biden and prime ministers Boris Johnson and Scott Morrison, following US briefings which described the agreement as binding the three English-speaking countries together.

Is anyone in these “English-speaking countries” feeling any safer from all this? Me neither.

Remember, it was Biden who previously referred to Johnson as, “a physical and emotional clone'” of Trump.

It’s all occurring in the wake of Biden’s strategic military shift away from the Middle East and towards Cold War. It follows his helter-skelter withdraw and re-positioning of U.S. troops from Afghanistan.

Biden’s main cold-warrior strategist and regime-change specialist, Sec. Anthony Blinken is under the gun here at home, facing withering attacks from left and right over the “chaotic” Afghan retreat.

I’m still wondering though. Has there ever been a smooth withdrawal by an invading army after a major military defeat? Wish we could ask Napoleon or Gen. Creighton Abrams who was sending Nixon upbeat reports on the progress of the war in Vietnam right up ’til the very end.

The lessons of war are hard to learn. Let’s pull the reins in on the warmakers.