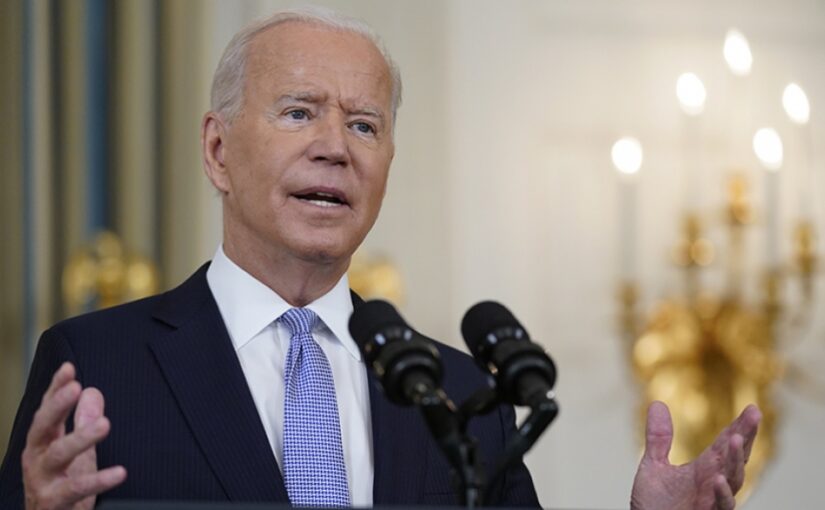 This article by Robert Griffiths, general secretary of the Communist Party of Britain, comprehensively exposes the mendacity and cynical motivations of the conspiracy theory that the Covid-19 pandemic was caused by a ‘lab leak’ from the Wuhan Institute of Virology. It is republished from the Morning Star.

On January 24 last year, the Washington Times reported: “The deadly animal virus epidemic spreading globally may have originated in a Wuhan laboratory linked to China’s covert biological weapons program, according to an Israeli biological warfare expert.”

Reporter Bill Gertz based his story on a five-year-old broadcast on Radio Free Asia about the Wuhan virology institute and his interview with Dany Shoham, “a former Israeli military intelligence officer who has studied Chinese bio warfare.”

Shoham reckoned the institute was “probably” engaged in research and development linked to a secret Chinese biological weapons programme. Sars and other coronaviruses were “probably” being held at the institute and it was “possible” they were part of this work.

Asked whether the new coronavirus (Sars-CoV-2) responsible for the Covid-19 epidemic could have leaked from the Wuhan laboratories, Lt-Col Shoham replied: “In principle, outward virus infiltration might take place either as leakage or as an indoor unnoticed infection of a person that normally went out of the concerned facility. This could have been the case with the Wuhan Institute of Virology, but so far there isn’t evidence or indication for such incident.”

Stir in references to anthrax research once carried out in Russia and to US State Department suspicions about civilian research in the Wuhan Institute of Biological Products and — hey presto! — the Washington Times had its sensational headline: “Coronavirus link to China biowarfare program possible, analyst says.”

Of course, the severe outbreak of Covid-19 in the city of Wuhan provided the circumstantial evidence — indeed the only evidence — that any such link between the Wuhan virology institute and the disease could conceivably exist.

But, after intensive work on patient samples brought in eight days earlier, the Wuhan virology institute had concluded on January 7, 2020, that the Covid-19 virus (Sars-CoV-2) has a genetic make-up almost identical to the Sars-related virus found in bats in Yunnan province, 1,900km away.

Extensive details of the research and its findings were shared with the World Health Organisation (WHO) four days later and then made public on the internet and in scientific journals.

Scores of studies by hundreds of scientists from around the world have since confirmed this conclusion and been published in such authoritative journals as Nature, The Lancet and the Scientific American.

Only a scientist with specialist knowledge far in advance of everyone else could possibly have carried out the “gain of function” experiments necessary to manufacture the more deadly and virulent Sars-CoV-2 from its Sars antecedents.

Yet the “lab-made” and “lab-leak” conspiracy theories about the Wuhan virology institute continued to spread as fast as the Covid-19 infection itself.

Assisted by the likes of Fox News and Rupert Murdoch’s New York Post, right-wing US politicians and commentators were branding the virus a bio-weapon created by the Communist Party of China (CPC) with the knowledge of the WHO and then leaked by accident or design.

On April 30 2020, US president Donald Trump claimed to have evidence for the Wuhan lab-made theory but refused to divulge it. That same day, the US intelligence agencies had declared their agreement with “the wide scientific consensus” that the virus derived from nature rather than a laboratory.

Two months later, former head of Britain’s Secret Intelligence Service (MI6) Sir Richard Dearlove challenged the consensus with his view that the new virus was “an engineered escapee from the Wuhan Institute.”

He, too, offered no evidence, but drew a sharp response from Dr Rachael Tarlington, associate professor of veterinary virology at Nottingham University: “There is no doubt that this was a natural event”, she commented. “The artificial release theories seem to be a form of magical thinking.”

Subsequent research has all but demolished the likelihood of any connection between the Wuhan virology institute and the epidemic.

During and after a four-week visit to the Wuhan labs, markets and Covid-19 victims in January and early February 2021, a multinational WHO inquiry team rejected the “lab-made” and “lab leak” theories. Instead, it insisted that the new coronavirus most likely jumped from bats to humans via another animal, mutating into its much more lethal Sars-CoV-2 form on the way. This remains the preferred theory of most of the world’s leading scientists and institutes in this field.

The US, British and other Western governments immediately criticised the WHO inquiry for not being extensive enough. In May, President Biden ordered US intelligence agencies to investigate the “lab leak” theory, but this effort was no more successful than a previous CIA attempt, in January 2020, to incriminate Wuhan scientists, the Beijing government and the CPC.

Reports in the Western media have now been reviving misleading claims that Wuhan lab staff contracted Covid-19 symptoms before the widespread outbreak in the city in December 2019.

Not surprisingly, faced with these ongoing provocations, China has declined to co-operate with any further WHO investigation that lends unwarranted credibility to “lab-made” theories.

Furthermore, other investigations and raise some alternative possibilities to the “made in China” story. For instance, Spanish virologists have found traces of Sars-CoV-2 in a waste water sample collected in Barcelona in March 2019. Fifty patients screened for lung cancer in Italy in September and October that year were found to have the antibodies in their blood, although none had Covid-19 symptoms. Hospital doctors and radiologists in Colmar, France, now believe their first case may have been on November 16 2019.

Recent studies by non-Chinese researchers date the first infection in Wuhan as November 17 that year, although a few don’t rule out some time in October 2019.

However, the anti-China lobby is unlikely to be discouraged by the absence of evidence for its “lab-made” allegations. After all, from the outset they have been readily promoting a theory that originated from sources lacking all credibility.

Radio Free Asia is an anti-communist station funded by US government agencies. It specialises in coverage hostile to the Chinese government and ruling party, including the usual distortions of the situation in the Xinjiang autonomous region, to which RFA broadcasts in the Uighur language.

The Washington Times is owned by the religious, political, business and media empire of the Unification Church founded by the Rev Sun Kyung Moon (“the Moonies”). This movement is renowned for its visceral anti-communism, as well as its climate-change denial, far-right conservatism and racist historical revisionism. Nonetheless, the Washington Times has since published articles accepting the near certainty that the Covid-19 virus emerged from the natural world rather than from a laboratory.

Journalist Bill Gertz peddles far-right propaganda, including conspiracy theories about how Bill Clinton, the Democrats, liberals and Chinese, Cuban, North Korean and Russian secret agents have brought the US to its knees. China is, he argues in several books, engaged in a drive for world domination.

Dany Shoham writes and lectures for publications and institutes linked to the US, Israeli and other intelligence services, often targeting the governments of Syria, Iran, Russia and others in conflict with US and Israeli foreign policy.

These are the originators of the Wuhan-related conspiracy theories. What they lack in scientific evidence they make up in anti-Chinese, anti-communist mendacity.