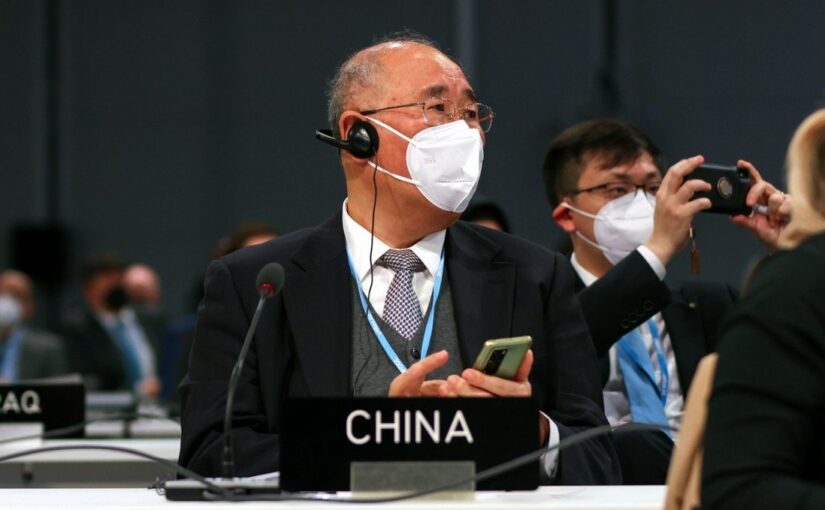 We republish below an interview with Friends of Socialist China co-editor Carlos Martinez in Xinhua about the attempts by the US and its allies to shift responsibility for the climate crisis onto China. The interview was first published on 9 November 2021 in English and Chinese.

China has made remarkable progress on climate issues and will continue to do so, so the West’s shifting blame onto China just means they are not taking their own responsibilities seriously, Carlos Martinez, a British author and political commentator, told Xinhua in a recent interview.

Martinez greatly appreciated the fact that China met its target for 2020 ahead of schedule, elaborating on a wide range of progress that China has made on the environment.

“So I think it’s very clear China has been taking green sustainable development very seriously for many years, and has developed the concept of ecological civilization,” he said. “China’s been putting significant resources into all of these projects.”

“China is in the habit of setting itself targets that it knows it can achieve, and actually keeping its promises,” Martinez said.

While talking about the commitments China made on peaking emissions by 2030 and achieving carbon neutrality by 2060, Martinez firmly believes that China will “continue to make remarkable progress towards the goals, which are obviously very ambitious and will be very difficult to achieve.”

Meanwhile, he criticized some Western countries’ performance on climate change, such as the United States.

Talking about the fact that some Western media had blamed China on climate issues, Martinez said “it’s quite shameful, and it’s obviously incorrect.”

By blaming China, some Western countries and media are “taking the responsibilities away from themselves,” he added.

“For the Western powers and Western media to be shifting the blame onto China (it) means that they’re not taking their own responsibilities seriously,” he said. “That’s very damaging.”

Instead of pointing fingers at others, the Western countries should change their behavior, cut out fossil fuels, improve their energy efficiency and take the lead, Martinez said. “Furthermore, they should actually be providing finance and assistance to developing countries.”

Asked about what the most urgent thing is in combating climate change, Martinez said “the essential thing we need to do is to uphold multilateralism.”

“We need to start working together, stop playing blame games,” he added.

One thought on “Carlos Martinez: Shifting blame onto China means the West not taking its own responsibilities seriously”