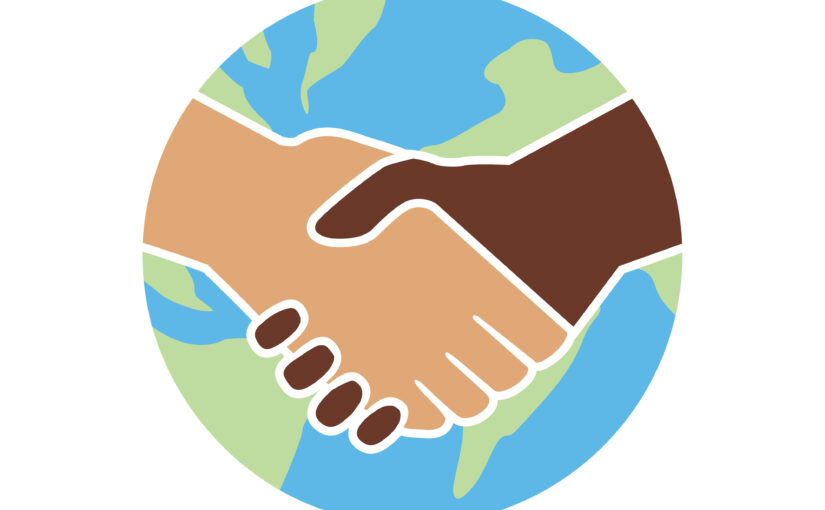 We are very pleased to republish this statement, coordinated by the International Department of the Communist Party of China, promoting a pluralistic approach to the issue of democracy and calling on the world’s countries to develop mutual understanding and cooperation rather than attempting to pursue hegemony and unilateralism.

The statement has been endorsed by 351 political parties, social organisations and think tanks from 140 countries and regions. Friends of Socialist China is proud to be among the signatories.

Joint Statement of World Political Parties, Social Organisations and Think Tanks on making Independent Efforts to Explore the Path Toward Democracy and Working Together to Promote Common Development

Democracy represents an important achievement of humanity in the advancement of political civilisation, and development an eternal pursuit throughout human history. People of different countries and regions, through their unremitting explorations, have brought about distinctively varied forms of democracy and development paths, presenting a magnificent spectacle of flourishing human civilisations. Political parties, as they are in a position to build, preserve and develop democracy, have been charged with the important mission to realise democracy and promote development. In view of the above, we, the 351 political parties, social organisations and think tanks from 140 countries and regions, issue a joint statement to the whole world as follows:

I. We are of the view that the world we live in is a diverse and colorful one. Diversity is what defines the fascinating feature of human civilisations, and indeed the source of vitality and dynamism for the development of the world. The ways and means of realising democracy are varied. Since different countries and regions may not necessarily share the same history, culture, social system and development stage, there does not exist any system of democracy or pattern of development that is applicable to all countries. The practice of judging the rich variety of political systems around the world by a single yardstick, or observing the colorful political civilisations of the humanity from a monochromatic sight, is in itself undemocratic. Nor is it conducive to development.

II. We are of the view that the best way to evaluate whether the political system of a country is democratic and efficient is to observe whether the succession of its leading body is orderly and in line with the law, whether all people can manage state affairs and social, economic and cultural affairs in conformity with legal provisions, whether the public can express their requirements without hindrance, whether all sectors can efficiently participate in the country’s political affairs, whether national decisions can be made in a rational, democratic way, whether professionals in all fields can be part of the team of national leadership and administrative systems through fair competition, whether the ruling party can serve as a leader in state affairs in accordance with the Constitution and laws, and whether the exercise of power can be kept under effective restraint and supervision.

IV. We are of the view that democracy is the right of all peoples, rather than an exclusive privilege of the few. The judgement on whether a country is democratic or not should be made by their people. We stand opposed to acts that interfere in the internal affairs of others in the name of democracy.

V. We are of the view that the point of departure as well as the goal of the development of human society should be to improve people’s wellbeing and to achieve well-rounded human development. The promotion of democracy should focus on the continuous realisation of people’s aspiration for a better life and the upliftment of their sense of fulfillment, happiness and security. Currently, countries need to especially strengthen cooperation in the fields of poverty alleviation, food security, COVID-19 response and vaccines, development financing, climate change and green development, industrialisation, digital economy and connectivity, and to accelerate the implementation of the UN 2030 Agenda for Sustainable Development, so that concentrated efforts are devoted to solve problems of the greatest, most immediate and most practical concern to the people. All countries and all peoples of the world deserve the opportunity and right to development. Efforts need to be made to promote inclusive development and ensure that no country is left behind.

VI. We are of the view that to make international relations more democratic is the trend of the times and the only way to realise this lies in putting true multilateralism into practice. As mankind is faced with various challenges and global issues, the effective response thereto can only be found in more inclusive global governance, more effective multilateral mechanism and more proactive regional cooperation. Better performance in the practice of multilateralism can always lead to better answers to the common problems facing humanity.

VII. We are of the view that efforts to build a human community with a shared future point the right direction to the development and progress of civilisation. The shared human values of peace, development, fairness, justice, democracy and freedom must serve as guidance in the endeavour to build such a community with a strong sense of responsibility for the future of humankind, so that countries with different social systems, ideologies, histories, cultures and levels of development can share interests, rights and responsibilities in international affairs and work together to build a better world. Deeply aware of the joint mission placed on our shoulders to promote democracy and improve people’s livelihood, we undertake to work hand in hand to rise above all kinds of differences, promote exchanges and mutual learning, enhance mutual understanding and build broad consensus, so that we continue to make our due contribution to the people’s wellbeing, national development, world peace and human progress.

2 thoughts on “Joint statement on democracy and common development”