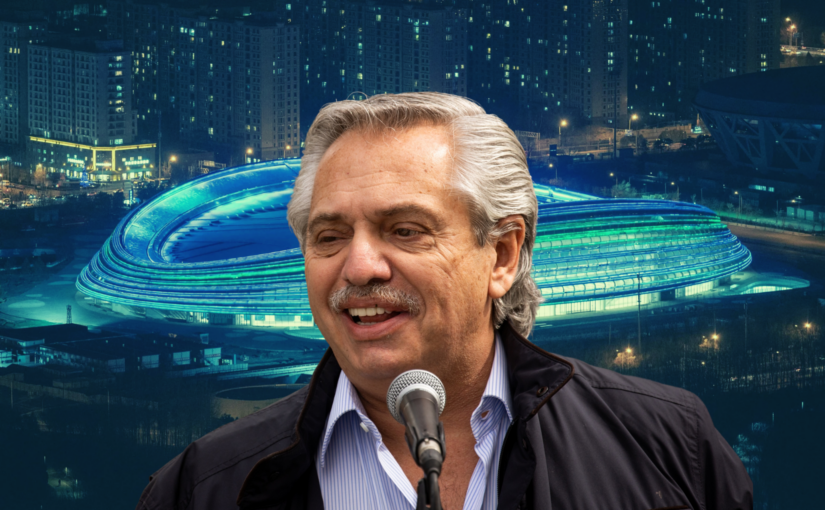 The Beijing Winter Olympics will open in a few days and, despite the pathetic attempts of a handful of imperialist countries to instigate a so-called boycott – and the practical difficulties caused by the global pandemic – dozens of heads of state and government and senior officials from governments and international organisations, particularly from the Global South, will descend on the Chinese capital to welcome this festival of sporting excellence, peace and friendship. One such leader will be Argentine President Alberto Fernandez. As Argentine Ambassador to China Sabino Vaca Narvaja explains in this interview with Global Times, that we are pleased to publish below, his President will have a hectic schedule in Beijing, with a highlight being a visit to the Chairman Mao Memorial Hall. The Ambassador explains that Argentina’s historic nationalist and anti-imperialist leader Juan Peron, to whose political tradition President Fernandez belongs, maintained a friendship and correspondence with Chairman Mao. “It was because of this historical connection that President Fernandez was invited to be one of the foreign leaders to address the ‘CPC and World Political Parties Summit’ last year, when the CPC celebrated its centennial,” the Ambassador remarked.

“For both Argentina and the rest of the world, Mao is a very crucial state leader,” Narvaja explained.

President Fernandez is also president of Argentina’s Partido Justicialista Party, which has “very important historical ties” with the Communist Party of China (CPC), the ambassador said. “Former Argentine president Juan Peron even maintained friendship and correspondence with Chairman Mao,” said the ambassador. “It was because of this historical connection that President Fernandez was invited to be one of the foreign leaders to address the ‘CPC and World Political Parties Summit’ last year, when the CPC celebrated its centennial.”

Juan Peron is a famous left-wing politician in the history of Argentina. He was elected president of Argentina three times from the 1950s to the 1970s, and enjoyed great popularity among the people. The Peronist movement and Partido Justicialista Party he initiated are still the most important political forces in Argentina today.

Peron reportedly had exchanged several letters with Chairman Mao, in which he referred to Mao as “my dear chairman and friend.” Mao also gifted Peron’s wife Evita Peron a dressing screen as a gesture of solidarity between the two countries.

Narvaja said that “Vaca” in his name means “Ox” in Spanish, which is Niu in Chinese. “Wangdao” originates from the Taoism philosophy – If I had any perception, I would fear go astray when walking on the roads – to remind himself to keep alert when walking forward.

Narvaja’s Chinese name is the same as the first translator of the Communist Manifesto into Chinese – Chen Wangdao, a Chinese scholar and educator who was born in 1891 – and the ambassador said he is honored for having the same name with Chen.

According to Narvaja, this is the first time for Fernandez to visit China since his election in 2019. It also coincides with the 50th anniversary of the establishment of China-Argentina diplomatic relations. Argentina hopes this visit could enhance the two sides’ cooperation under the Belt and Road Initiative.

Narvaja told the Global Times that Fernandez has a very tight schedule. He will have meetings with Chinese leaders, attend the opening ceremony of the Beijing Winter Olympic Games and visit the Chairman Mao Memorial Hall. He will also visit Argentina’s athletes, the Forbidden City, the Great Wall and the museum of the history of the Communist Party of China.

All the visits will be conducted within the closed-management loop and in accordance with China’s anti-epidemic measures, Narvaja noted.

On December 9, 2021, Argentina’s foreign ministry released a statement on its website in support of the Beijing Winter Olympic Games.

The statement came at a time when the US kept provoking and pressing other countries not to send officials to the Games in Beijing. The Argentine foreign ministry stressed that Argentina is one of the earliest countries that had supported Beijing to hold the Winter Olympic Games.

Some analysts deemed that the move would bring about political pressure from the US to Argentina. In response, Narvaja said that Argentina would not take other countries’ ideas into account when making decisions on issues concerning its sovereignty, but would only make decisions on its own stances.

“We feel that it is a malicious behavior to politicize the Olympic Games, as it should be an occasion where all countries show unity and harmony,” Narvaja said.

Narvaja said that some countries use democracy and human rights issues as political chess pieces and apply apparent double standards. “They often hype some countries’ issues with the excuse of human rights and democracy, while turning a blind eye to other countries.”

Some countries even cannot fix their own human rights and democratic problems, he said, noting that “so we should be very careful to avoid the Olympic Games being politicized.”

Fernandez was invited by US President Joe Biden to participate in the so-called democracy summit. However, at the summit, he criticized the US-led Organization of American States for interfering in Bolivia’s domestic affairs and damaging the latter’s democracy.

“Democracy presupposes non-intervention. Democracy is not imposed by sanctions or by force. Democracy is like peace, it is not exported, nor is it imposed.” This statement of Fernandez was widely spread in Latin America.

Another report of The Wall Street Journal on January 19 said that athletes from the US, UK and the Netherlands were urged not to bring their personal intelligence equipment such as smartphones to China as “the equipment may be monitored during their stay in Beijing during the Olympic Games.” Other foreign media also hyped the food safety issue in the Games.

Narvaja said that Argentina has full trust in China-developed cellphones and technology, noting that Argentina has a lot of cooperation with Chinese companies in technology and communication. Many accusations on Chinese technological companies are groundless and nothing more than a tool to politicize the Beijing Winter Olympic Games, he said.