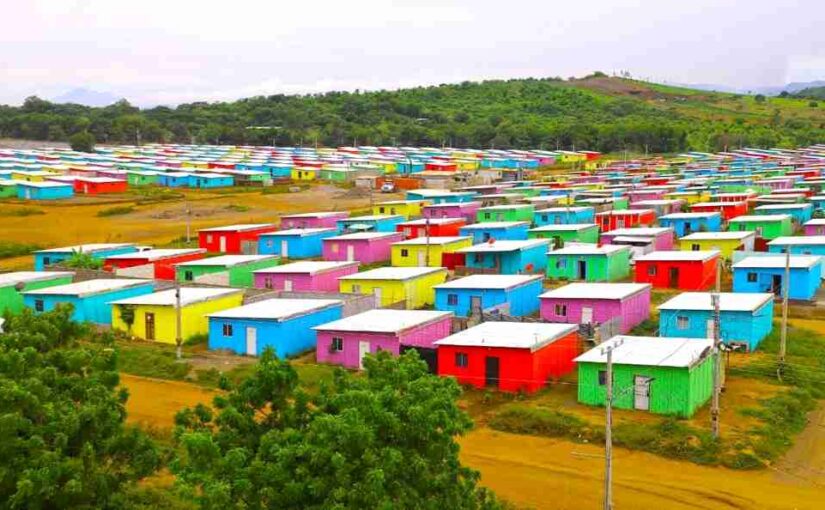 The following article by Ben Norton, which originally appeared in Multipolarista, details a new agreement by the governments of Nicaragua and China under which China will assist in the construction of thousands of homes for poor and working class families. Since restoring diplomatic ties in December 2021, cooperation between the two countries has been developing at a rapid pace, with China already having sent nearly two million doses of its Covid-19 vaccines to Nicaragua (which has a population of 6.5 million).

The leftist Sandinista government of Nicaragua has revealed that it signed an agreement with the People’s Republic of China to build thousands of houses for poor and working families.

China “has approved an important project of cooperation with our Nicaragua and the Nicaraguan people, a great housing program for families in all of the country,” Murillo said.

“The plan is for three years, benefiting tens of thousands of Nicaraguan families in 84 municipalities of the country, families that are going to receive a beautiful house, safe, dignified, with all of the basic services.”

The vice president said the designs for the houses are being developed in coordination with Nicaraguan ministries. She called them “works of brotherhood, solidarity, and common good.”

Although Nicaragua is a small country of roughly 6.5 million people, with very few resources as the second-least rich country in the western hemisphere, its leftist Sandinista government has dedicated itself to creating ambitious social programs, including free universal healthcare and education, jobs training, and poverty alleviation initiatives.

Nicaragua in fact already has a public housing campaign called the Bismarck Martínez Program. From the time it was launched in 2019 until 2021, the project delivered approximately 3,000 houses, as well as 30,000 land plots in urban areas.

In 2021, the government gave poor and working Nicaraguans another 3,000 houses as part of the Bismarck Martínez Program. This is in addition to granting land deeds to thousands of families, peasants, and farmers, so they cannot be displaced.

The man the program is named after, Bismarck Martínez, was a Sandinista activist who worked in the mayor’s office in the capital Managua. He was kidnapped, brutally tortured on camera, and killed by far-right extremists during a violent coup attempt in 2018, which was sponsored by the United States. The video of his gruesome murder went viral and inspired outrage across Nicaragua.

The Managua mayor’s office announced in September 2021 that it had plans to build 50,000 new homes in the following seven years as part of the Bismarck Martínez program. It also planned to distribute 50,000 more land plots to families.

But this was before the central government had restored relations with China and made plans to further expand this program with Beijing’s help.

The Nicaraguan government re-established official diplomatic relations with the People’s Republic of China in December 2021.

Nicaragua had first broken ties with Taiwan and recognized China in the 1980s, following the 1979 triumph of the Sandinista Revolution.

But when the Sandinistas lost power in 1990, in an election unfairly compromised by US meddling, the right-wing president who took power, Violeta Barrios de Chamorro, a representative of the most powerful oligarch family in the country, immediately cut ties with the PRC and recognized Taiwan again.

Since restoring ties in December 2021, Nicaragua and China have become close allies.

President Daniel Ortega revealed in a speech at his January 10 inauguration that Managua had signed agreements with Beijing to incorporate the Central American nation into the global Belt and Road Initiative.

Upon signing the deals with China, Ortega declared, “The United States does not accept that the end of its hegemony is a fact.”