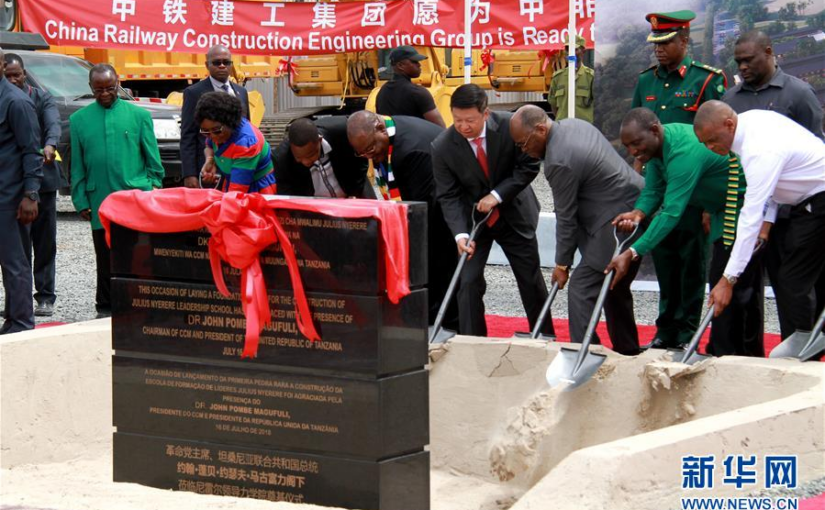 President Xi Jinping’s message of greetings to the completion ceremony of the Julius Nyerere Leadership School in Tanzania, reported here by CGTN, powerfully demonstrates that China’s commitment to the liberation and development of Africa continues in the new era. President Nyerere was the Founding Father of Tanzania, as well as an outstanding leader of the African liberation movement and of the Global South. A great friend of China, he first visited the country in 1965 and forged a deep bond with Chairman Mao, Premier Zhou Enlai and successive generations of Chinese leaders. This new school, built by China and bearing Nyerere’s name, is a joint initiative of the six liberation movements and ruling parties of Tanzania, South Africa, Mozambique, Angola, Namibia and Zimbabwe. As President Xi notes, for a long time these six parties in southern Africa have united and led their people in the cause of national independence, construction and development. President Xi has taken a personal interest in the building of the college. He also sent his greetings to its groundbreaking ceremony in July 2018.

The Mwalimu Julius Nyerere Leadership School, co-founded by six parties in southern Africa, is located in Kibaha, some 40 kilometers from the commercial capital Dar es Salaam.

In the congratulatory message, Xi said that on the occasion of the inauguration ceremony, he extended his warm congratulations on behalf of the CPC as well as in his own name.

He said that for a long time, the six parties in southern Africa have united and led their people in the cause of national independence, construction and development, winning the support of the people.

The Mwalimu Julius Nyerere Leadership School will provide an important platform for the six parties to improve their governing capacity and will play an active role in promoting the development and revitalization of their respective countries, Xi added.

Noting that the world today is undergoing major changes unseen in a century, Xi stressed it is more important than ever for China and Africa to strengthen solidarity and cooperation, address risks and challenges, promote common development and enhance people’s welfare.

The CPC is willing to take the inauguration ceremony as an opportunity to strengthen the exchange of experience and mutual understanding in governance with African political parties, the Chinese president said.

He also called for supporting each other to follow the path of development in line with one’s own national conditions, deepening pragmatic cooperation in various fields, promoting the building of a high-level China-Africa community of shared future, and making a new and greater contribution to building a better world.