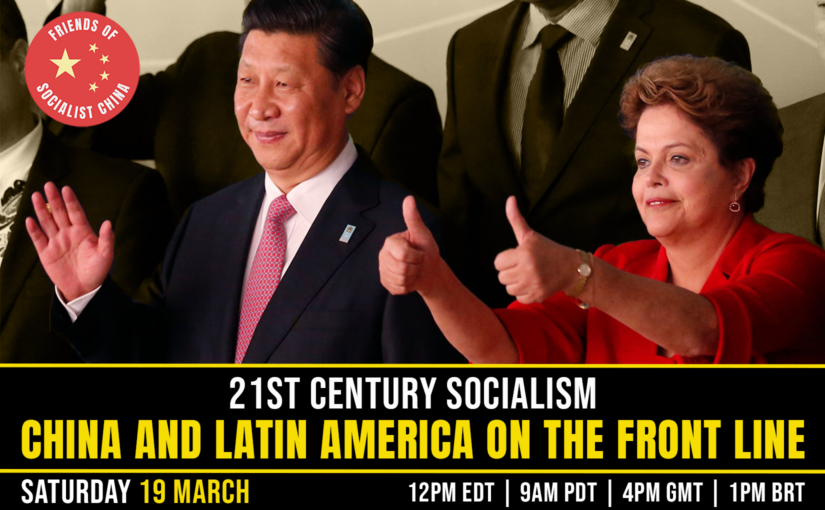 China is the world’s largest socialist country and a leading proponent of multipolarity. As such it has an indispensable role in inspiring and creating a favourable environment for the global transition to socialism. Meanwhile, in the last two decades, progressive governments and movements in Latin America have been blazing a trail in exploring new paths towards socialism in the 21st century. Friendship and cooperation between the People’s Republic of China and the Latin American left is therefore an indispensable component of the global struggle for socialism and against imperialism.

This event will explore a number of themes, including the history of friendship and solidarity between China and Latin America; the legacy of Hugo Chávez in encouraging a new era of socialist internationalism; the US’s aggression against popular movements – regime change coups, economic warfare, lawfare and destabilisation; China’s emerging role as a key partner for Latin America and the Caribbean; the growing attraction of the Belt and Road Initiative in Latin America; the place of Latin America in the US-led New Cold War; China and Latin America on the global frontlines of resisting imperialism; the renewal of diplomatic relations between China and Nicaragua; and the role of international law and the UN in pushing back against hegemony.