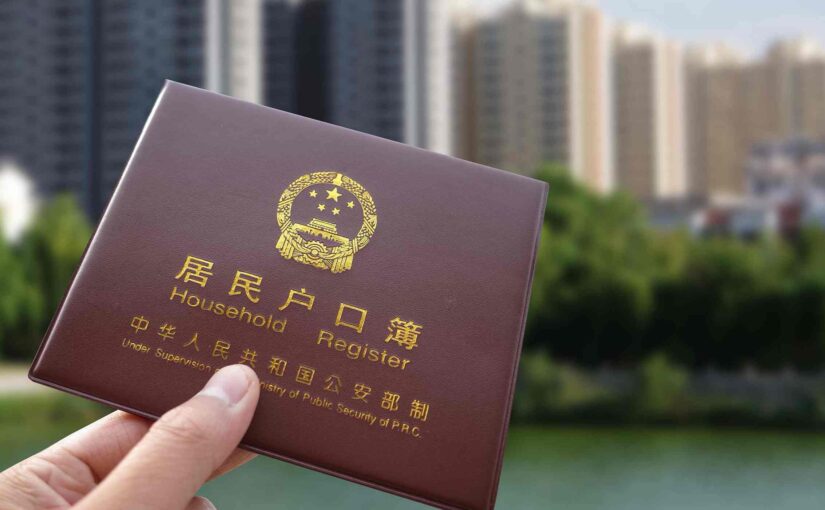 In this useful article, republished from China Daily, Keith Lamb provides an overview of the Hukou household registration system and the reasons for the recently-announced plans to reform it. Lamb notes that Hukou was originally introduced in order to prevent uncontrolled urban migration and the accompanying problems (in particular the emergence of slums, which can be found in practically all other recently-industrialized countries). However, the economic and social needs of a modern, increasingly urbanized socialist country require loosening restrictions on household registration and improving the rights and living conditions of people migrating to the cities. As the author observes, “when it comes to building a modern socialist state, inequality in accessing services must eventually, on principle, be transformed into a state of equality.”

China’s National Development and Reform Commission recently announced that the household registration system, popularly known by its Mandarin name Hukou, will be streamlined to encourage urbanization. All cities with a population under 3 million will have Hukou limits removed and registration for an urban Hukou in cities with a population between three and five million will be eased.

The modern Hukou, which reached maturity in 1958, determines who has access to local social amenities, such as education, healthcare and employment. Originally, it was an effective measure that prevented mass internal migration when China had an undeveloped economy based on agricultural production.

Checking mass migration from rural to urban centers prevented slums from building up, which was common in neighboring developing countries. Labor was also paired with the land which was important considering it was the location where the majority of production took place, allowing agriculture to be used in the service of industrialization.

Over time there have been modifications to the Hukou system which was previously rigidly fixed by birth. With the opening up of China’s economy, the transfer of the Hukou became increasingly easier. However, no matter the changes and no matter how necessary the Hukou has been in the context of China’s development, it has received its fair share of criticism.

Indeed, when it comes to building a modern socialist state, inequality in accessing these services must eventually, on principle, be transformed into a state of equality. This transformation isn’t a question of “will” but “how.” That is to say, there is an obvious sympathy for this principle but changes must take place pragmatically based on China’s economic conditions and in a step-by-step fashion to prevent social disorder.

This will prevent a mad rush to already large cities which could overburden their social services. It will encourage even urbanization across China, creating new economic centers, preserve local culture and prevent “Londonization”, where all resources get sucked into one metropolis. It also allows the central government to focus resources on smaller cities.

When it comes to China’s plans there are plenty of factors that determined that Hukou restrictions need to be continually eased. For example, China’s 14th Five Year Plan seeks to develop a complete domestic demand system. Here, domestic consumption is leveraged to drive the economy and purchase choices drive up innovation on personal and family items.

The problem so far has been that migrant urbanites with no access to essential services have held back on consumption in favor of saving for retirement and emergencies. According to a 2020 paper by Wen-Tai Hsu and Lin Ma from Singapore Management University, this would change with a more laissez-faire urbanization policy that provides social services to all.

Increased urbanization, which goes hand in hand with the easing of Hukou restrictions, allows all urbanites to access social services and welfare which in turn aids this new consumer-driven economy as household capital is freed up. Furthermore, with increased consumer purchasing power, living standards are raised.

Consequently, while previously the Hukou was expedient to China’s development, if it doesn’t adapt to the new changing reality it will eventually lead to becoming a hindrance to China’s development. In the past, the Hukou maintained social order and economic growth by preventing mass migration under the conditions of scarcity. As scarcity is relieved and abundance, a characteristic of mass consumerism, becomes a pillar of China’s modern economic development, the easing of Hukou restrictions would boost economic growth while greater equality will act as a driver of social order.

When putting people at the center of socialist development, the easing of Hukou restrictions and their eventual dissolution is more than just about creating greater economic growth, consumer opportunities, equality and liberty – it’s also about building a highly skilled socialist workforce. With the increased use of AI and robotics in the manufacturing process, the initial unskilled rural labor that drove China’s opening up to the world will become increasingly redundant.

As such, China’s future workforce demands a first-rate education and not providing this as a basic social service to all could cost China in the long run. Furthermore, as China seeks to avert a demographic crisis, characterized by low birth rates, the move toward the state taking away personal burdens of workers due to Hukou inequality, like education and healthcare costs, could further act as a driver to increase the birthrate.

One thought on “When it comes to China’s development, Hukou reform is inevitable”