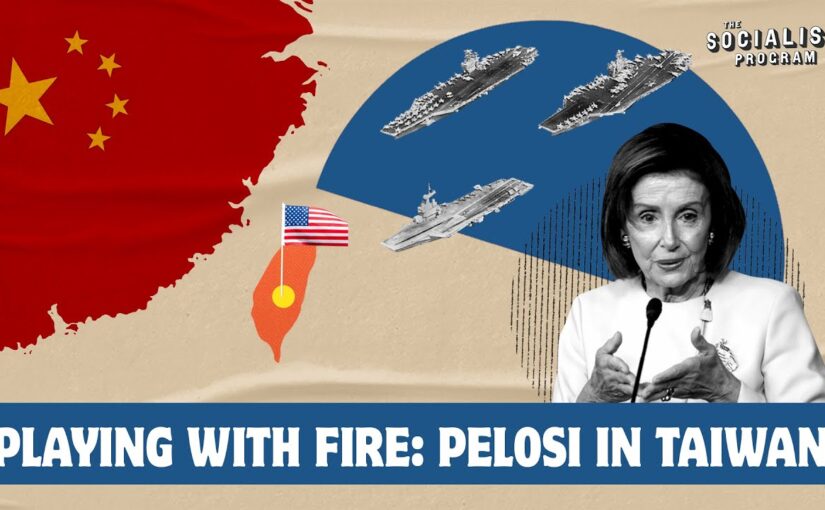 Taking the reported plan of Nancy Pelosi, Speaker of the US House of Representatives, constitutionally the third position after the President and Vice-President, to visit China’s island province of Taiwan next month as part of a regional tour, Ken and Brian discuss in detail how such a visit would represent a fundamental departure from the basic ‘guard rails’ of China-US relations, starting with the first Shanghai Communique, signed by the two countries during President Nixon’s ‘icebreaking’ visit in February 1972.

They situate this as part of a continuing, and intensifying, record of US provocations against China that Professor Hammond rightly describes as “reckless, irresponsible and very dangerous.”

Both interlocutors explain the centrality of reunification with Taiwan for not only the Chinese government, but also for the Chinese people as a whole, by reference to details of Taiwan’s history, as well as to the specific nature and context of the Chinese revolution – one to overcome the ‘century of humiliation’ and to, in Chairman Mao’s famous words, enable the Chinese people to “stand up.”

They also situate the present dangerous trajectory in Sino-American relations against the background of China’s rise. As Brian Becker points out, Chinese per capita income, although it has risen substantially, is still just 17.9% of the US. Yet China’s life expectancy has already surpassed that of the US. American working people therefore have something to learn from the Chinese example.

Regrettably, faced with the rise of China and the decline of the US, bipartisan American bourgeois policy is sliding towards war with barely a pretense of debate. The US elite, Ken Hammond explains, has not really come to terms with the reality of contemporary China and the fact that they simply cannot out-compete them. Brian and Ken conclude by stressing the importance of the fight for peace and for a progressive alternative for the United States and the American people.

It’s an illuminating discussion and we’re pleased to make it available here.