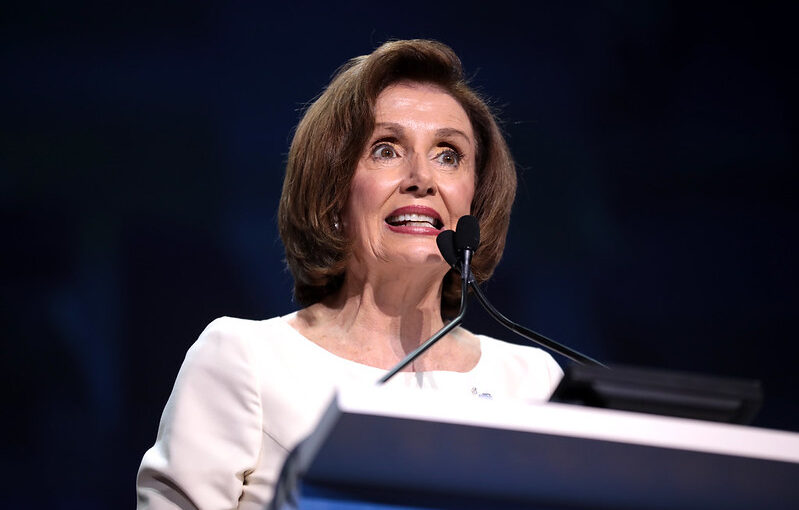 With US Speaker Nancy Pelosi’s reported plan to visit Taiwan in August rapidly spiraling into potentially the most serious crisis in China/US relations in decades, former Australian Prime Minister Paul Keating has aptly commented: “It is hard to imagine a more reckless and provocative act.”

His short and succinct statement, which we reproduce below from the Australian website Pearls and Irritations, also notes that: “A visit by Pelosi would be unprecedented – foolish, dangerous and unnecessary to any cause other than her own.”

Paul Keating served as Prime Minister of Australia from 1991-96. Although not considered to be in any sense on the left of the Australian Labor Party (itself by all accounts a somewhat endangered species these days), as an Australian conscious of his Irish heritage, he was in favour of his country severing ties with the British monarchy and becoming a republic. He was equally conscious that Australia was part of the vast and dynamic Asia Pacific region, not an offshore island of Western Europe, and he strongly pushed for the development of relations with such regional powers as China and Indonesia. Certainly he puts the current Australian Labor Prime Minister Anthony Albanese to shame.

Keating has the admirable quality of not mincing his words. In January he described remarks by British Foreign Secretary Liz Truss, that China might engage in military aggression in the Pacific as, “nothing short of demented. Not simply irrational, demented.” He continued: “The reality is Britain does not add up to a row of beans when it comes to East Asia… Britain suffers delusions of grandeur and relevance deprivation… Truss would do us all a favour by hightailing it back to her collapsing, disreputable government, leaving Australia to find its own way in Asia.”

With, on present polling, Ms Truss likely to be installed as the next British Prime Minister before the end of summer, republication of Keating’s January 23 statement in Pearls and Irritations is timely.

When the United States has a divided foreign policy on an issue of such grave importance, the world begins a slide onto very thin ice.

US House Speaker, Nancy Pelosi – the third-ranked figure in the American hierarchy – is reported to be planning a visit to Taiwan, despite the urging of Administration officials from her own party. It is hard to imagine a more reckless and provocative act.

Across the political spectrum, no observer of the cross-straits relationship between China and Taiwan doubts that such a visit by the Speaker of the American Congress may degenerate into military hostilities.

If the situation is misjudged or mishandled, the outcome for the security, prosperity and order of the region and the world (and above all for Taiwan) would be catastrophic.

A visit by Pelosi would be unprecedented – foolish, dangerous and unnecessary to any cause other than her own.

Over decades, countries like the United States and Australia have taken the only realistic option available on cross-straits relations. We encourage both sides to manage the situation in a way that ensures that the outcome for a peaceful resolution is always available.

But that requires a contribution from us – calm, clear and sensitive to the messages being sent. A visit by Pelosi would threaten to trash everything that has gone before.

When the United States has a divided foreign policy on an issue of such grave importance, the world begins a slide onto very thin ice.

Remarks by the British Foreign Secretary Liz Truss that China could engage in military aggression in the Pacific, encouraged by Russia’s contingent moves against Ukraine, are nothing short of demented.

And this piece of nonsense by Truss commanded the front pages of The Sydney Morning Herald in a piece written by the press gallery’s most  celebrated beat-up merchant, Peter Hartcher.

Truss said such a move by China  ‘could not be ruled out’.

And on those fleeting words, Hartcher pounced, carrying the notion to the readership of the Herald — and the Melbourne Age — that China and Russia are working in concert, justifying the headline, that ‘China could follow Russia into war’.

The irresponsibility of the story and Hartcher’s writing of it is breathtaking.

But it is a measure of how far the Herald has sunk in accommodating Hartcher’s extreme and unworldly positions — especially as they relate to China.

The underlying story is the government’s desperate promotion of Britain as a strategic partner of Australia in a policy of containment of China.

The reality is Britain does not add up to a row of beans when it comes to East Asia. Britain took its main battle fleet out of East Asia in 1904 and finally packed it in with its ‘East of Suez’ policy in the 1970s. And it has never been back.

Britain suffers delusions of grandeur and relevance deprivation. But there they were at Admiralty House kidding the rest of us that their ‘co-operation’ added up to some viable policy.

Truss would do us all a favour by hightailing it back to her collapsing, disreputable government, leaving Australia to find its own way in Asia.

Xi Jinping told the audience at Davos this week that ‘major economies should see the world as one community’.

Hardly the sort of sentiment that sits contemporaneously with someone about to spring an aggressive military action. A point perhaps way too subtle for the Herald.

One thought on “Paul Keating: A reckless and provocative visit by Pelosi to Taiwan”