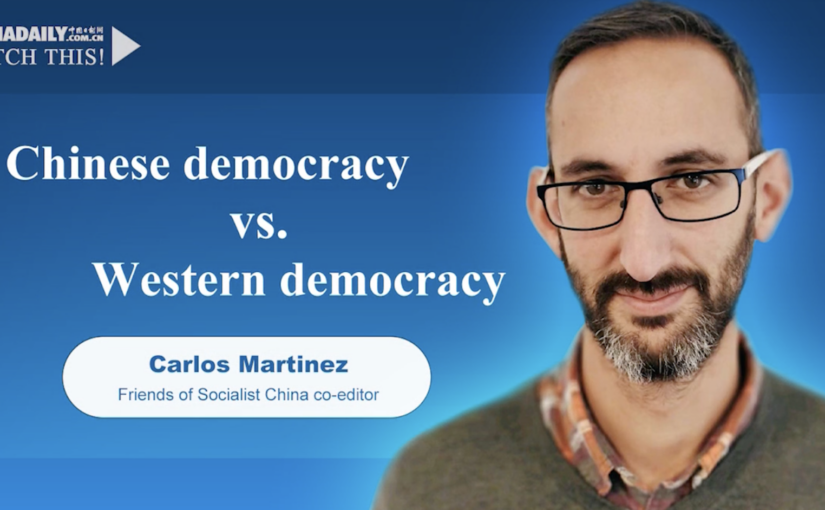 The video embedded below is the second in a three-part series on democracy made by China Daily, based on an interview with Friends of Socialist China co-editor Carlos Martinez. In this segment, Carlos contrasts Western capitalist democracy with China’s socialist democracy, observing that the political process prevailing in countries such as the US and Britain is closer to plutocracy than democracy, owing to the persistent connection between wealth and power. “In the US, you can choose between Democrats and Republicans, but both are going to represent the capitalist class; and both are going to pursue American imperialism.” Giving an overview of the structures of China’s whole-process people’s democracy, he concludes that China is much more meaningfully democratic than the capitalist world.

Part 1 of the series can be viewed here.