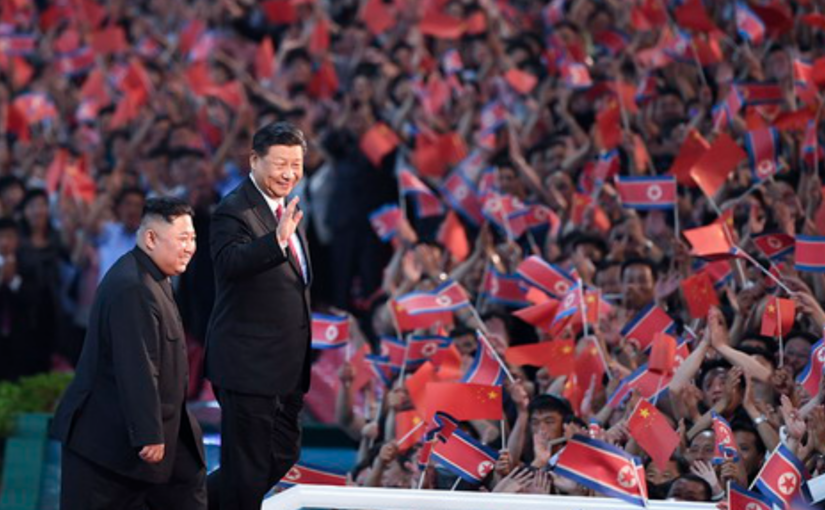 September 9 this year marks the 74th anniversary of the founding of the Democratic People’s Republic of Korea (DPRK), China’s socialist neighbor. Marking this occasion, Chinese leader Xi Jinping addressed a warm message to his DPRK counterpart Kim Jong Un. As a good comrade, good neighbor and good friend, Xi expressed China’s support for the further development of the DPRK’s socialist cause, noting that China-DPRK friendship has won great public support.

The below report was first carried on the website of the Chinese Foreign Ministry.

On September 9, 2022, General Secretary of the Central Committee of the Communist Party of China and President Xi Jinping sent a congratulatory message to Chairman of the Workers’ Party of Korea (WPK) and Chairman of the State Affairs Commission of the Democratic People’s Republic of Korea (DPRK) Kim Jong Un on the 74th anniversary of DPRK National Day.

Xi Jinping pointed out that for the past 74 years, the DPRK people have closely united around the WPK and forged ahead to obtain great achievements in the socialist cause. In recent years, under the guidance of the guidelines and policies made at the 8th WPK Congress, the DPRK people have continuously made new achievements in economic development and improvement of livelihood, and succeeded in fighting the COVID-19 pandemic. We are wholeheartedly happy with it as a good comrade, good neighbor and good friend. I believe that under the leadership of Comrade Chairman and the WPK, the brotherly DPRK people will surely promote the socialist cause of the DPRK to achieve new development at a new level.

Xi Jinping emphasized that changes unseen in a century are accelerating, and the world is entering a new period of turbulence and transformation. The Chinese side is ready to work with the DPRK side to maintain strategic communication, strengthen coordination and cooperation, and jointly uphold, consolidate, and develop China-DPRK relations, to bring more benefits to the two countries and the two peoples, and make contributions to peace, stability, development and prosperity in the region and the world.