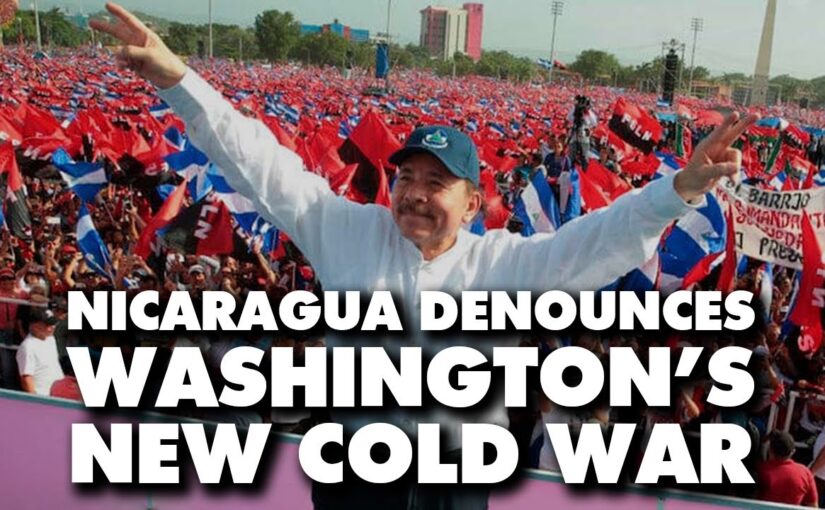 We are very pleased to reproduce this key extract from an important speech by Daniel Ortega, President of revolutionary Nicaragua, with thanks to our friends at Multipolarista. As a multipolar world emerges, Comrade Ortega explains, the US is trying desperately to maintain its hegemony by attempting to destroy the Russian Federation, the People’s Republic of China and the economies of the European countries.

Speaking on the day that US House Speaker Pelosi arrived in Taiwan, Ortega said that he was sure that the Chinese people, under the leadership of President Xi Jinping, have the strength, intelligence and experience to formulate the correct response that will further strengthen the People’s Republic and weaken US hegemony.

Amidst all these tumultuous events, the veteran Nicaraguan revolutionary leader points out, a new world is being born, something to which Nicaragua and its people are contributing their little grain of sand every day.

2 thoughts on “Why the US wants to destroy China and Russia: Nicaraguan President Daniel Ortega explains”