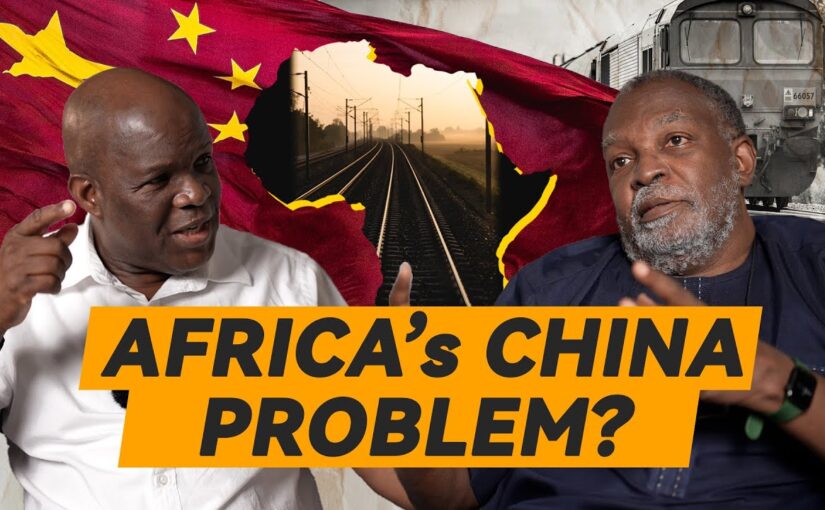 We are pleased to reproduce this video from Wave Media featuring a dialogue between Fred M’membe, President of the Socialist Party of Zambia, and Kyeretwie Opoku, Convenor of the Socialist Movement of Ghana, two of the new-emerging Marxist parties in Africa, on the question of relations between Africa and China.

According to the discussants, China is not an enemy of Africa.  China has never attempted to colonize an African country and still has no ambitions to do so.  In contrast, they note that the imperialist powers, particularly the United States, are increasingly trying to recolonize the continent. With their setting up of more military bases, their aim is both to suppress popular revolts as well as to exclude those they deem to be external competitors. The US and other Western powers are not there to defend the local people but rather their control of strategic minerals. The Democratic Republic of Congo (DRC) has an estimated 70% of the world’s cobalt resources, and neighboring countries like Zambia, Namibia and Niger are also rich in cobalt, uranium and other minerals. A Nigerien uranium mine supplies one third of France’s electricity. In one of the world’s poorest countries, people are being poisoned for generations to come by having to work in this open-pit mine.

When the west was colonizing Africa, the discussants note, China was supporting the liberation struggle, and subsequently helped defend Africa’s newly won independence. A key example was the Tazara Railway, which enabled landlocked Zambia to break out of its blockade and encirclement by countries still then under racist and colonial rule. Both the United States and Britain refused to help build the railway, but China stepped in, even though it had no comparable railways of its own at that time and many African countries had a higher GDP per capita than China. Today, almost all the major new infrastructure projects to be seen in Africa have been built by China.

Similarly, in the 1970s, Zambia was repeatedly bombed by the white racist regimes in South Africa and ‘Rhodesia’. The country had no air defenses to protect its territory or the bases of the national liberation movements it was hosting. The Americans, British and even the Soviet Union refused to sell air defenses to Zambia. China was the only country prepared to aid Zambia in this way, sending an entire squadron of MiG21s, even though China itself possessed only limited defenses at that time.

2 thoughts on “Video: When the West visits Africa, they talk about China”