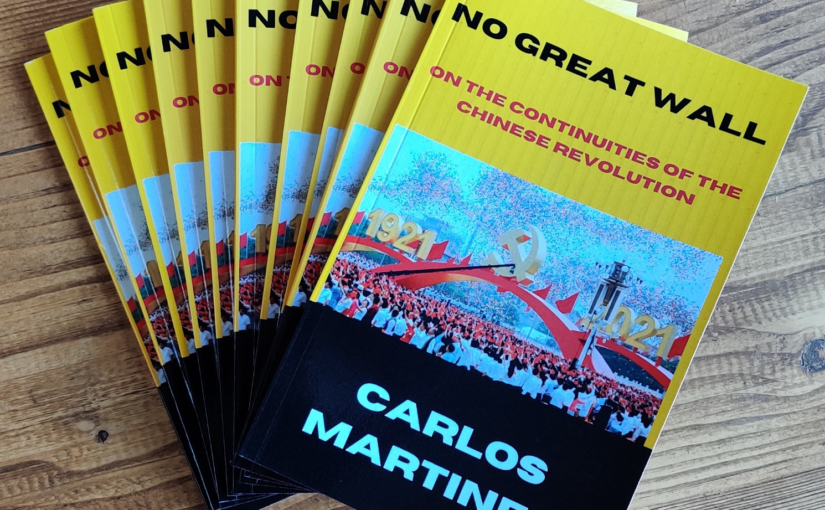 The comrades at Midwestern Marx have produced a booklet based on two essays by Friends of Socialist China co-editor Carlos Martinez, ‘No Great Wall: on the continuities of the Chinese Revolution’, and ‘Will China Suffer the Same Fate as the Soviet Union?’. The book description reads as follows:

You can order the book from anywhere in the world at the Midwestern Marx website.

Also embedded below is a recent two-hour discussion between Carlos and Midwestern Marx. They cover a number of important topics, including the conflict in Ukraine, the legacy of the Soviet Union, China’s ecological civilisation, market socialism, the New Cold War, and the 20th National Congress of the CPC.