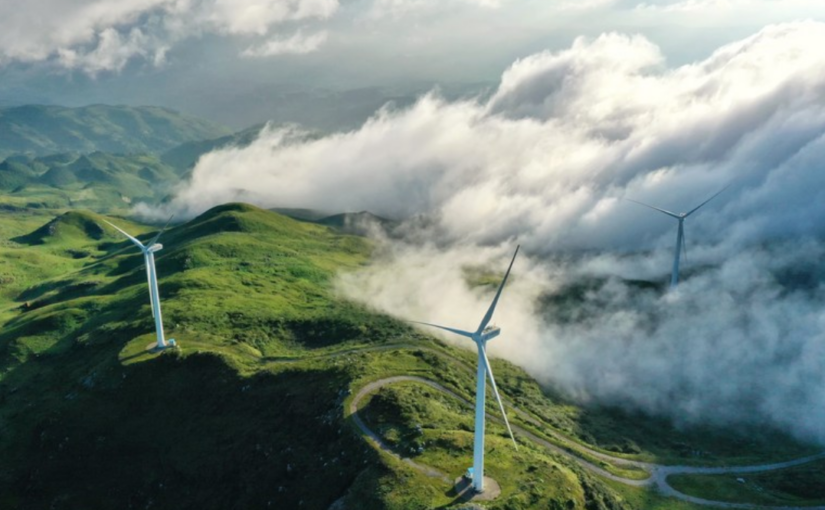 This timely article from CGTN by Andrew Korybko, written in the lead-up to the 2021 United Nations Climate Change Conference (COP26), provides a summary of the newly-released white paper Responding to Climate Change: China’s Policies and Actions, issued by the State Council Information Office of China. The paper reiterates China’s strong continuing commitment to tackling climate change and its leadership in the development and deployment of renewable energy. It also emphasises that China is still a developing country and must forge a path that combines its development needs with protecting the environment. The paper reaffirms China’s adherence to the principle of common but differentiated responsibilities in which the developed countries, responsible for the bulk of cumulative greenhouse gas emissions, to move fastest towards zero-carbon.

China released its white paper on “Responding to Climate Change: China’s Policies and Actions” on October 27. The State Council Information Office (SCIO) then held a press conference discussing this very important document, with Vice Minister of Ecology and Environment Ye Min elaborating on its main points and answering the press’ questions. He emphasized how the white paper is based on Xi Jinping Thought’s concept of ecological civilization envisioning global solutions to this challenge in order to create a community of common destiny.

It’s divided into four sections: China’s new response to climate change; the implementation of its national strategy; significant changes in its position over time; and efforts to build a fair, rational, and win-win global climate governance system. The purpose of this paper is to enhance domestic and international understanding of China’s policies and actions towards this crucial issue of existential importance for mankind. It’s the second such national white paper after the first one was published a decade ago in 2011.

Since then, Chinese President Xi Jinping has prioritized China’s campaign against climate change. Last year he made an important announcement about reaching carbon neutrality in 40 years, which influenced the white paper. This systematic review of China’s position addresses mid- and long-term policies that are built upon the progress that’s been achieved so far. The country adjusted its industrial structure, increased energy efficiency, lowered emissions, strengthened its adaptation capacity, and launched a national carbon trading market.

In fact, China’s carbon emissions per unit dropped by 48.4 percent last year compared to its 2005 levels, which exceeded its promises. Coal also provides for 56.8 percent of Chinese energy compared to 74 percent during that same period, and 15.9 percent of the country’s energy comes from non-fossil fuel sources, generating 98 million kilowatts of energy. This makes China the world leader in this industry for the sixth year in a row. By 2030, it plans to increase this to 25 percent of the total by bringing 1.2 billion kilowatts of solar and wind energy online.

These unprecedented green advancements have been made possible because of how sincerely China prioritizes its campaign against climate change. President Xi taught his compatriots that this issue is among humankind’s most important ever and inextricably tied to their country’s sustainable socioeconomic development. A community of shared future for mankind cannot be constructed without successfully dealing with this, to which end China is leading global efforts to build a fair, rational, and win-win global climate governance system.

Its expectations for COP26 in Glasgow are that negotiations will be completed on Article 6 of the aforesaid accord for creating a global carbon trading market. China’s guiding principle is one of common but differentiated responsibilities that realistically assess each country’s different levels of development and related environmental challenges. It hopes that developed countries won’t shift blame to developing ones and that true multilateralism will prevail.

On the topic of developing countries, observers shouldn’t forget that China is the world’s largest such state. It accordingly has a responsibility to help its developmental peers, which is why it pledged to support their low-carbon development and accelerate the pace of implementation for such policies. This is an ambitious but nevertheless feasible goal because China is the world’s largest clean energy equipment producer. It also decided not to build coal plans abroad anymore either, which will incentivize its partners’ energy diversification.

That being said, developing countries like China cannot implement all these policies overnight no matter how systemic and holistic their approach is. They must prepare for all risks while guaranteeing their people’s living standards during this global green transformation. For that reason, observers shouldn’t impose unrealistic timelines and standards on China and its developmental peers. They’re on a steady path to results that will take time to achieve, but gradual progress of a tangible nature is nonetheless being made and is undeniable.

All in all, China’s climate change white paper sets the global standard for transparency and vision when it comes to this urgent issue. Vice Minister Ye clearly articulated its main points during Wednesday’s press conference, which conveniently summarized this document for the masses. The world is now more aware of the pivotal role that China is playing in helping all of humanity. As long as the international community remains as committed to true multilateralism as China is, then climate change can be successfully countered.