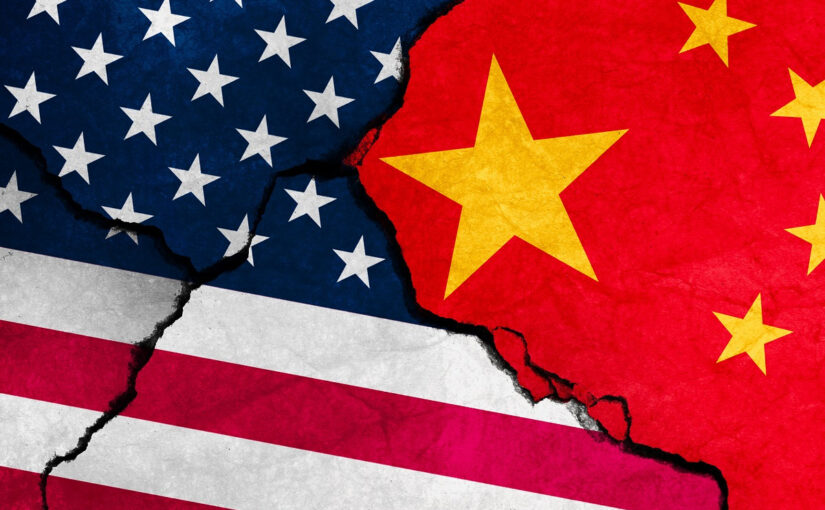 In this article, first published on The Chronicles of Haiphong, Friends of Socialist China co-editor Danny Haiphong responds to David Klion’s latest report in The Nation, which seeks to demonize China and smear the Western anti-imperialist and pro-socialist movement, within a supposedly left-liberal framework. Danny notes correctly: “Real leftists understand that the American Empire is the biggest obstacle in the way of human progress. They don’t ask, ‘what should the Left do about China?’ Rather, they pose the question, ‘How can the Left develop solidarity with China and the Chinese people in the global struggle against imperialism and oppression of all kinds?'”

Many on the so-called “left” view China and the U.S. as equally oppressive and imperialist in character. This is a historic trend dating back to the Cold War which divided the Western left into a variety of camps. One of these camps was the “Neither Washington nor Moscow” consortium of social democrats and liberals who saw the Soviet Union as an imperialist force unworthy of defense from U.S. aggression. Such a position fit neatly into Washington’s larger imperialist designs and provided cover for the ideological onslaught of anti-communism.

A recent report in The Nation demonstrates how the slogan “Neither Washington nor Moscow” has been replaced with “Neither Washington nor Beijing.” The author, David Klion, concludes that leftists are currently divided into two camps on the question of China: those “apologists” who prioritize peace and critics of China who prioritize “human rights.” Klion closes with a citation from Lausan, a collective that supposedly supports a “decolonial” framework on Hong Kong yet has routinely characterized any leftist opposition to the Western narrative on China as “fascist” or “tankie.”

Klion’s pro-Empire bias is in keeping with his affiliations and body of work. Klion is the newsletter editor for Jewish Currents, a so-called left magazine which has published multiple screeds in support of U.S. intervention in Syria. The publication has compared the war in Syria to the Holocaust (with Syrian President Bashar Al-Assad playing the role of Hitler) and demanded that the Obama administration set up a no-fly zone to bomb the Syrian government out of power. In 2018, Klion penned an article in The Nation arguing that progressives should embrace normalization as a mechanism for internal interference in Russia’s affairs on the basis of “human rights” concerns. Klion has since deleted several tweets expressing his loyalty to the debunked Russiagate conspiracy theory.

Klion’s article on China misses the mark from the title onward. He begins by asking “what should the left should do about China?” only to pivot to Lausan’s amateurish rant about “tankies” and disagreements with the DSA about how to address U.S. tensions with China. The article argues that one can legitimately criticize the Chinese government (“do something about China) and curtail war too. Klion attempts to build credibility for this argument through quotes from the Soros and Koch-funded Quincy Institute for Responsible Statecraft, Bernie Sanders’ foreign policy advisor Matt Duss, and the academic-driven Justice is Global movement. Justice is Global has produced an entire report instructing activists on how to oppose anti-Asian racism while engaging in “legitimate” criticisms of China. The report (surprise, surprise) was written in consultation with prominent members of Lausan.

Klion then engages in a lengthy smear campaign of the Qiao Collective, a group of Chinese diaspora activists who publish educational material that counters New Cold War propaganda against China. Again, Lausan is quoted at length to give the impression that the Qiao Collective is sowing discord on the Left. Only criticisms and condemnations of the Qiao Collective are given attention in the piece while the breadth of the group’s work is reduced to a singular position on Hong Kong protests taken from the organization’s website.

Klion’s intellectual laziness continues on the question of “human rights” in China’s Xinjiang Uygur Autonomous Region. He dismisses the content of Qiao Collective’s report on Xinjiang and has been accused of misrepresenting scholar and activist Vijay Prashad’s quote to the article. Prashad, who is currently the director of the Tricontinental Institute for Social Research and an organizer in the anti-war and anti-colonial movement, spoke out about the issue on Twitter.

He also provided the Chronicles of Haiphong with the following statement:

Any project of a people must have the right to advance its own understanding of their struggles. We have to ask the question: is it acceptable in China to advance the wellbeing of people and eliminate poverty? Furthermore, the article accepts that Chinese colonialism is a reality in Xinjiang. That’s a debatable premise in my opinion. I would like to see David speak out on these issues.

However, Klion does nothing of the sort. Instead, he counters the Qiao Collective and Vijay Prashad’s position on the Xinjiang issue by citing Rayhat Asan, a “human rights lawyer” and senior non-resident fellow for the Strategic Litigation Center at NATO’s think-tank, the Atlantic Council. The Atlantic Council receives funding from the largest Wall Street banks and corrupt governments, including Goldman Sachs and the United Arab Emirates.

Klion’s article concludes with a shallow analysis of the possible effectiveness of sanctions in addressing “human rights” in China and what the DSA’s internal debate on how to approach human rights claims against China without supporting a pro-interventionist position reveals about the Left. The question of what position the Left should take on China is reduced to how the U.S. should confront China. The dangers of the U.S.’s imperialist aggression and the questionable claims made about China are marginalized or ignored entirely. Klion’s position is clear: if the U.S. left does not lead the way in condemning China, Mike Pompeo and the far right will.

It makes sense, then, that Klion would give a public relations boost to so-called leftists who support the ideological propaganda of the New Cold War. The logic is simple. If you say anything positive about China, then you are a “tankie.” If you question the U.S. and Western narrative about Hong Kong, Xinjiang, or any other “human rights issue,” then you are also a “tankie.” Furthermore, if you oppose U.S. sanctions that threaten to harm the livelihoods of people in Xinjiang, for example, congratulations— you too are nothing but a “tankie.” Klion’s article refers to the word “tankie” six times.

Such immature political analysis has no place in a genuine, anti-imperialist movement or investigative journalism. The truth is that any concession to anti-China propaganda is a gift to the American Empire. These concessions come in a myriad of forms. They include the omission of U.S. aggression against China, the slander of those critical of humanitarian interventionism and claims of “genocide” in China made by dubious sources, and a total rejection of China’s political and social processes as “authoritarian.” Klion’s article subscribes to all of them.

The article avoids discussion of U.S. militarism in the Asia Pacific such as the occupation of Okinawa or the 400 U.S. military bases that surround China. The policy manifestations of the U.S. propaganda war on China receive no attention in Klion’s article, either. Bernie Sanders’ foreign policy advisor Matt Duss specifically advocates for Magnitsky sanctions to weaken the Chinese economy but ignores the fact sanctions on China already exist. The Hong Kong Human Rights and Democracy Act possesses a clause that mandates the President of the United States place sanctions on Hong Kong should the city violate existing U.S. sanctions on Iran and the DPRK. Klion’s minimization of U.S. policy creates a false equivalency between the U.S. and China, a symptom of the pro-imperialist, Cold War attitudes that continue to plague much of what calls itself the “left” in the U.S. and West.

Real leftists oppose their own government’s warmongering policies, uphold international law, and pay proper attention to achievements of countries targeted by U.S. imperialism such as China’s elimination of extreme poverty. Real leftists investigate claims made by dubious sources backed by U.S. intelligence cutouts such as the National Endowment for Democracy (NED) rather than embrace them wholesale. Real leftists understand that the American Empire is the biggest obstacle in the way of human progress. They don’t ask, “what should the Left do about China?” Rather, they pose the question, “How can the Left develop solidarity with China and the Chinese people in the global struggle against imperialism and oppression of all kinds?”

On the date of publication, Klion tweeted that he was “the furthest thing from a China expert.” It showed. His article contains little to no substance on the facts and criticisms that undergird left divisions on China. It was clear from the beginning that the purpose of the piece was to manufacture consent for a “Neither Washington nor Beijing” position amongst the Left. Champions of this formulation are generally more concerned with winning leftists over to an anti-China position rather than to a pro-peace position.

Klion uses human rights as a cudgel to smear leftists and satisfy the powerful forces in charge of the American Empire. His article offers little more than an assortment of Cold War talking points that masquerade as “objective” investigation. A political agenda was pursued from the start, and Left challengers to the Empire’s narrative were demonized and dismissed. This is completely in line with the U.S.’s New Cold War against China and is reflective of the pro-Empire mentality that continues to render the Western Left an ineffective and counterproductive force in the global struggle for peace and socialism.

3 thoughts on “How to satisfy the US Empire: smear the left, demonize China”