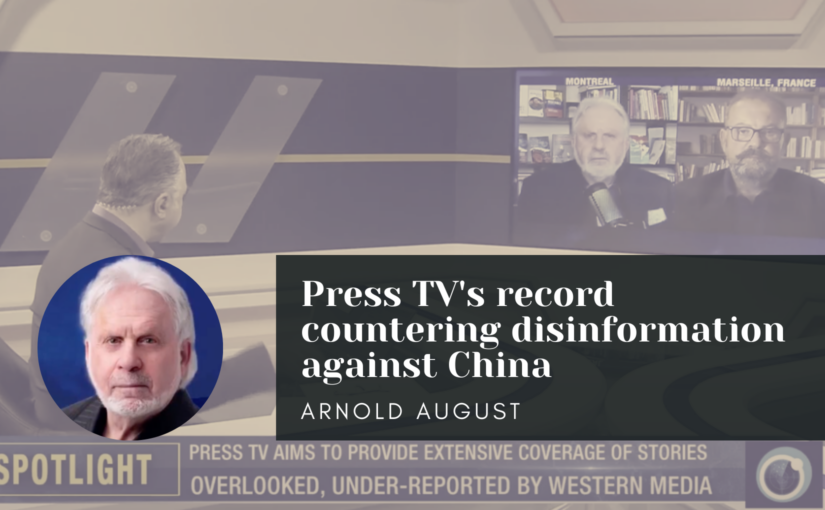 On the occasion of the 15th anniversary of Press TV, on July 2, 2022 an extensive interview was carried out by the Tehran-based channel’s anchor and producer Kaveh Taghvai with Arnold August of Montreal, and journalist Elijah Magnier of Marseille, France. We are pleased to reproduce extracts from the special anniversary edition of the Spotlight programme of Iran’s Press TV that deal with China. August focused on the impressive Press TV pushback against US-led disinformation regarding China, such as “genocide” in Xinjiang, Hong Kong protesters, Taiwan, the “authoritarian” rule of the Communist Party of China. Also dealt with were the Press TV coverage of the China-Iran twenty-five-year cooperation agreement, BRICS and the Belt and Road Initiative.

One thought on “Press TV’s record countering disinformation against China”