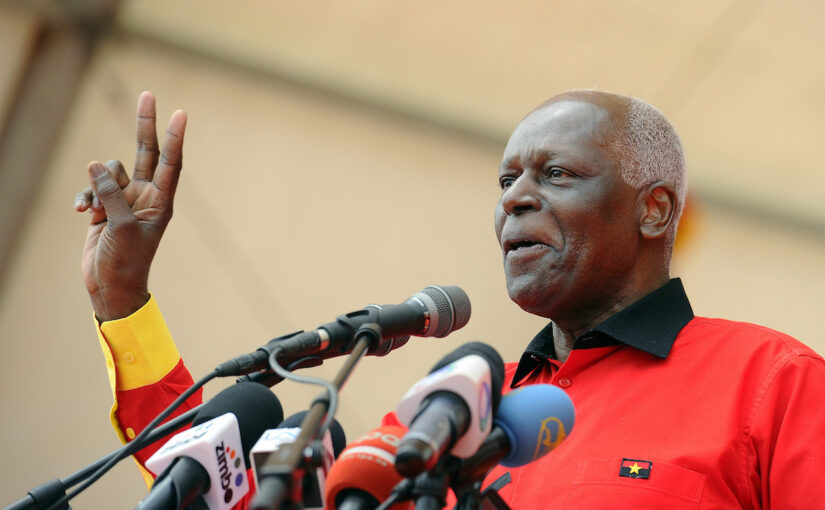 José Eduardo dos Santos, who served as President of Angola from 1979-2017, passed away on July 8. Born in 1942, he joined the MPLA liberation movement in his early years. Sent by the MPLA to study in the Soviet Union, he obtained degrees in petroleum engineering and radar communications from Baku’s Oil and Chemistry Institute in Soviet Azerbaijan. He subsequently participated in the armed struggle against Portuguese colonial rule for several years and also represented the MPLA in a number of countries, including China and Yugoslavia.

China and Angola established formal diplomatic relations in 1983, during President dos Santos’s term of office, and he went on to develop close political and economic relations with Beijing, with, according to 2021 figures, Angola now established as China’s third-largest trading partner in Africa.

The following report of President Xi Jinping’s message of condolence on the death of President dos Santos is translated from the Portuguese language service of China Radio International.

On July 12th, Chinese President Xi Jinping sent a message of condolences to Angolan President João Lourenço on the death of the former president of the African country, José Eduardo dos Santos.

Xi Jinping offered deep condolences on behalf of the Chinese government and people. He stated that José Eduardo dos Santos was an excellent leader of Angola and an old friend of China, as he made important contributions to the development of Sino-Angolan relations.

According to Xi Jinping, the Chinese side highly values ​​the traditional fraternal friendship with Angola and wants to work together with the Angolan side to expand and deepen friendly cooperation in all areas and generate more benefits for both peoples.