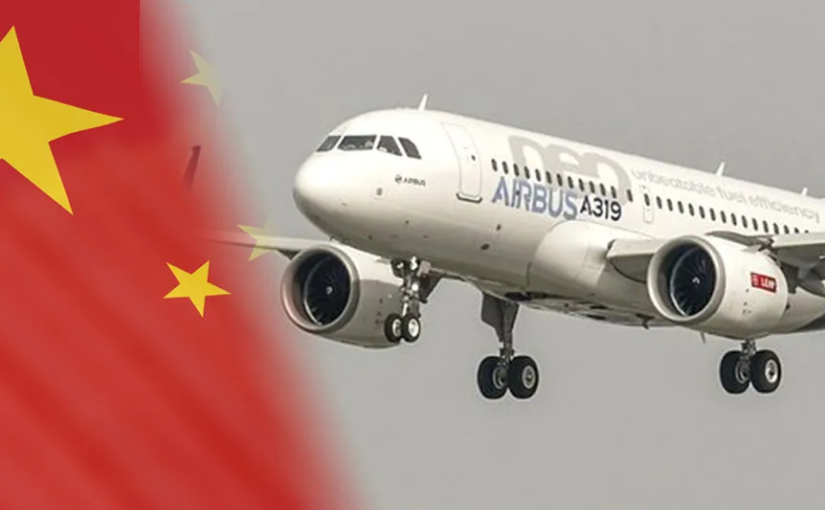 This interesting article by Chris Fry, writing in Fighting Words, analyzes the escalating tech war initiated by the Trump administration and being carried forward under Biden. Desperate to slow down China’s economic and technological rise, the US is spreading all manner of lies in order to impose sanctions on China.

In dealing with China, the primary goal of each successive administration is to successfully maintain U.S. hegemony, to assert the power of the U.S. ruling class to profit from exploiting Chinese workers as well as the rest of the global working class and oppressed nations without restrictions.

These sanctions will inevitably fail to prevent China’s development, but in the meantime are already impacting the livelihood of the working class in the West. As Mao Zedong famously remarked in 1957: “‘Lifting a rock only to drop it on one’s own feet’ is a Chinese folk saying to describe the behavior of certain fools. The reactionaries in all countries are fools of this kind.”

The leadership of the People’s Republic of China (PRC) likes to describe its social and economic structure as “Socialism with Chinese characteristics.” But we can describe the U.S. system, driven by its insatiable greed for profits and global hegemony, as “Imperialism with imperialist characteristics”.

The US is pushing the Netherlands to ban ASML Holding NV from selling to China mainstream technology essential in making a large chunk of the world’s chips, expanding its campaign to curb the country’s rise, according to people familiar with the matter.

A computer chip ploy for a vast subsidy for Big Tech

Since the 1970s, U.S. Big Business has closed thousands of plants and factories across the country, while finance capital has invested trillions in overseas facilities to exploit low wage workers. Currently, the predominant manufacturer of the leading edge 5nm computer chip is the Taiwan based TSMC Corporation in Taiwan.

Senator Sanders stated in a July 14th  editorial for the Guardian describing a current piece of chip-industry pushed legislation for $52 billion in subsidies to build a TSMC chip facility in the U.S.:

Let’s review some recent history. Over the last 20 years, the microchip industry has shut down more than 780 manufacturing plants in the United States and eliminated 150,000 American jobs while moving most of its production overseas – after receiving over $9.5bn in government subsidies and loans.

In other words, in order to make more profits, these companies took government money and used it to ship good-paying jobs abroad. Now, as a reward for that bad behavior, these same companies are in line to receive a giant taxpayer handout to undo the damage that they did.

On July 5th, the New York Times published an article whose subtitle drew a connection between the U.S. anti-Russian sanctions and its growing world-wide sanctions campaign against China: “The Biden administration is applying lessons learned from controls on Russia during the Ukraine war to try to limit China’s military and technological advances.”

Now, the U.S. government is using the lessons it learned from those actions to expand restrictions on exports to China and other countries in cases where companies or groups might threaten U.S. national security or violate human rights, current and former American officials say. President Biden and his aides call China the greatest long-term rival of the United States, surpassing Russia.

Of course, what the Biden administration calls human rights “violations” are actually China’s stern measures to limit the toll from the ongoing COVID pandemic, which threaten the profits that Western corporations extract from Chinese workers. On June 28th, China’s President Xi said this in a speech:

China will stick to its controversial “zero Covid” policy even if it means hurting the country’s economy, Chinese President Xi Jinping said on Tuesday.

“We would rather temporarily affect a little economic development than risk harming people’s life safety and physical health, especially the elderly and children,” he said during a visit to Wuhan, the city where COVID-19 was first detected, per state news agency Xinhua.

“Our country has a large population. Such strategies as ‘herd immunity’ and ‘lying flat’ would lead to consequences that are unimaginable,” he continued. Both herd immunity as well as “lying flat” — Chinese slang for doing the bare minimum — refers to strategies that involve living with the virus.

You never hear this concern, this putting the priority for the lives and health of U.S. workers and oppressed over profits from Wall Street or its minions in Washington. This is why the death toll from this virus is 14,000 in China, while it is well over a million in the U.S.

FBI: Out on the farm

On February 7th, FBI Director Christopher Wray, head of the same agency that failed to foresee and prevent the January 6th fascist attack on the U.S. Capitol, held a press conference along with his British counterpart, MI5 Director General Ken McCallum, in London:

“The Chinese government is set on stealing your technology — whatever it is that makes your industry tick — and using it to undercut your business and dominate your market,” Wray said while giving remarks to international business leaders. “And they’re set on using every tool at their disposal to do it.”

Wray went so far as to absurdly accuse China of digging up dirt to steal seeds from U.S. farms:

“We’ve even caught people affiliated with Chinese companies out in the U.S. heartland, sneaking into fields to dig up proprietary, genetically modified seeds, which would have cost them nearly a decade and billions in research to develop themselves,” Wray said.

That the head of highest pinnacle of U.S. internal repression sees fit to whip up this campaign of fear and hysteria against the PRC means that Biden, rather than toning down the Trumpist anti-China campaign of tariffs, sanctions, and military threats, instead is escalating it to a new level.

In dealing with China, the primary goal of each successive administration is to successfully maintain U.S. hegemony, to assert the power of the U.S. ruling class to profit from exploiting Chinese workers as well as the rest of the global working class and oppressed nations without restrictions.

But because the PRC maintains social ownership over much of its industry, because it is now on its 14th five-year plan, because the workers’ government largely controls its banking system, things do not always go as well as U.S. corporate executives and Wall Street wizards hope.

For example, it was announced in July that the European airplane manufacturer won a $37 billion contract with three Chinese national airlines for 300 aircraft over Boeing. As an article in the trade journal “Seeking Alpha” states:

We are now seeing that years after Trump initiated a trade war with China claiming trade wars are good and easy to win, the opposite is showing to be the truth, costing Boeing an order for nearly 300 jets valued at $15 billion. So much for trade wars being good.

Trump’s successor, President Biden has largely adopted anti-China politics which actually has been a key element for past administrations as well. His failure to seek a resolution to the China-US tension has now ultimately led to the order not falling Boeing’s way and we have seen that in previous sales campaigns the geopolitical tension rendered negotiations ineffectual.

Biden, just like Trump and Obama, hopes that tariffs, sanctions, and even war threats would undermine and topple socialism in China. Instead, it is the workers and oppressed here that must confront skyrocketing price hikes, with inflation hitting a 40 year high of 9.1 percent annually in June.

One must contrast that with China, where the inflation rate is a modest 2.1 percent and prices are kept under control by its government National Development and Reform Commission (NDRC).

One thought on “China: COVID, computer chips, airliners, and US imperialism”